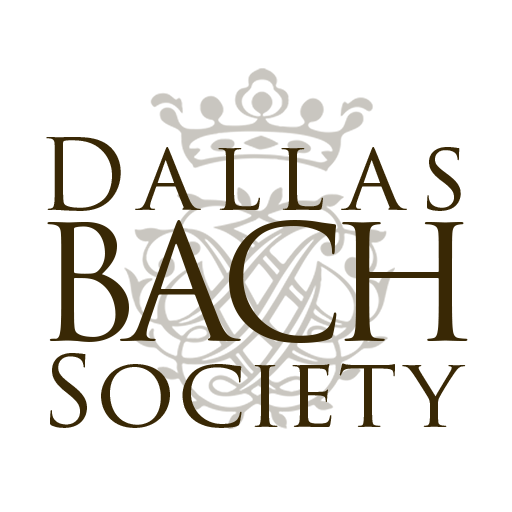 The Dallas Bach Society is the Southwest’s primary resource for Baroque music on original instruments. The Dallas Bach Society unites the finest vocalists and instrumentalists in lively and informed performances of Bach, Handel, Vivaldi, Purcell, Monteverdi, Couperin, and Schütz: all the great music from the seventeenth and eighteenth centuries, both masterpieces familiar to music lovers, and those awaiting their discovery.

The Dallas Bach Society mostly performs on “Period Instruments”, which means either original instruments of the period or copies based on these models. In addition to instruments like the viol, lute, and harpsichord, which are only rarely used in today’s orchestras, the usual orchestral instruments have evolved a great deal since the Baroque and Classical periods, so as to produce a much bigger and quite different sound. This is obvious in the case of instruments like the flute, which went from a one-keyed wooden instrument (capable obviously of playing all the Bach compositions!) to a metal instrument with a quite complicated key system designed to produce an even sound throughout the registers.
While this might seem to be a great improvement, it loses the many and varied effects used by composers faced with the more “primitive” versions of these instruments. For instance, Beethoven’s Sonata for (French) Horn, Opus 10, contains a very sad second movement in F Minor with several notes not “officially” available on the natural horn, which have to be produced by “stopping” the instrument by placing the fist into the bell of the horn. This produces a fainter and more strained sound than the usual “available” notes. But Beethoven exploits this for artistic purposes – at the height of pathos in this movement, there is a high, stopped, A flat, which is of necessity a cry of anguish, when played on the horn Beethoven knew. This was clearly intentional. With a modern keyed horn, all the notes are available in a pure, perfect form, and if the player simply executes the note normally producing a full and beautiful A flat, Beethoven’s artistic point is totally lost.
The violins, violas and cellos of the orchestra are also quite different today from when they were made by Stradivari, Amati, and the other great builders. They have all been taken apart, the necks reset, the insides changed and metal strings added, all with the idea of producing much more sound, to fill up larger concert halls. One might compare this to the difference between candlelight and an electric bulb.