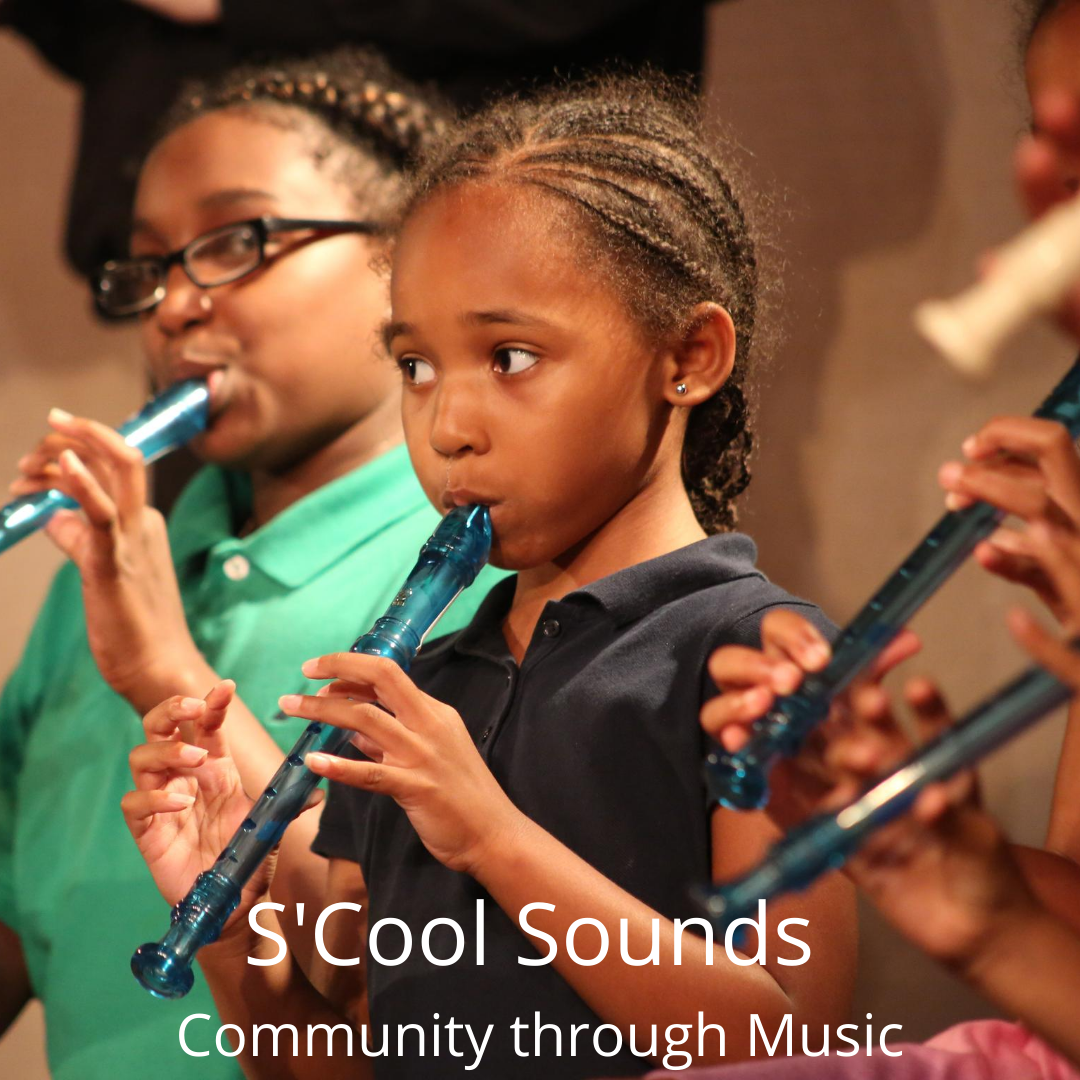 Now in its nineteenth year, S'Cool Sounds was first established in 2002 as a pilot program at The Ella Baker School, a public school in New York City. By 2003, the program was already featured by Valerie Strauss of the Washington Post in an article highlighting philosophies and techniques of innovative teachers. The article quotes then nine-year-old Nyja Poe who said, “This music helps me express my feelings. I thought I couldn’t play the recorder - now I know I can, and if I can play the recorder, I can play almost any instrument. And I can learn other new things, too.” Since then, S’Cool Sounds has reached thousands of local students and currently provides hands-on weekly musical instruction to hundreds of children throughout New York City.

The cross-cultural focus of S’Cool Sounds found a natural expansion in 2010, when Founder and Artistic Director, Nina Stern was invited by a local humanitarian organization to introduce the SCS music program to children living in Kibera,  a poverty-stricken neighborhood of Nairobi, Kenya. Here, she witnessed, as she had in New York City, the transformative power of music – this time watching it lift spirits and change lives in the largest urban slum in Africa. Today, S’Cool Sounds programs have been implemented in five schools in Kibera, including one that has sent a performing group to the Kenyan National Music Competition coming home with first prize in 2016, 2017, 2018 and again in 2019. Those kids are so proud! In recent years SCS has also developed partnerships with a health organization in Burundi  and an organization serving Syrian Refugees in Jordan. Connections abroad uniquely complement SCS activities back at home creating a meaningful exchange between our communities – here in NYC our students have made recorder cases for refugee children in Jordan and learned traditional Kenyan beats from our community in Kibera. Fourth-grade Jamzeed Jossain got to the heart of what we’re doing when he said of our transnational friends, “We play the same song!”

In 2016 S’Cool Sounds became an independent non-profit organization reaffirming its dedication to expressive communication, mutual respect, and global awareness through musical training for children and adults who lack access to arts education. What began as a vision is now a community that believes in social connectedness, in stimulating creativity and imagination, and in giving the gift of music. By making music together we tell our stories and listen closely to the stories of people around us and far away – communicating and connecting in a way that is more important than ever.