Adam Gilbert: Songs and Symbols That Know Each Other (Fridays @ 5pm)

Adam Gilbert: Songs and Symbols That Know Each Other (Fridays @ 5pm) 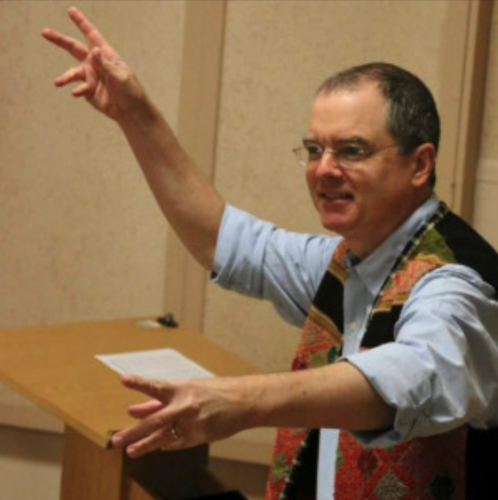 In each of these classes, participants are invited to sing and play music that reflects discoveries based on Adam Gilbert’s research. Music for each class will be provided as PDFs and on the screen.

Singers and instrumentalists are all welcome, though a few of the works no longer have their original text.

Songs that know each other in the manuscript Munich 3154 (The Leopold Codex):

Copied between 1475-1500, the Leopold Kodex contains a wealth of sacred music performed in Renaissance Germany and Austria. This session will introduce a special group of seven anonymous trios whose shared traits suggest that they are almost certainly by the same composer. Perform these works and find out who might have composed them!

Songs that know each other in the manuscript Bologna Q16

Copied around 1487, the Neapolitan manuscript Q16 contains a wealth of anonymous chansons surviving in no other sources. This session will focus on songs that have enough in common that they are either by the same composer, or are related by citation and paraphrase. Two of these songs can be linked directly to chansons by major composers of the day. Perform these works and find out who might have composed them!

Palle, palle, palle and the Fortune’s of the Medici

In 1970, Allan Atlas discovered that Henricus Isaac’s Palle, palle, palle set the balls of the Medici coat of arms to music. But this amazing composition and others with the same “Medici theme” can also be linked to the famous song Fortuna desperata that sets a poem written for the Medici family. Perform the music and explore the significance of their link.

Henricus Isaac’s Missa Argentum et Aurum symbolically links its and musical notation to the elements of its text: silver and gold. In doing so, it echoes words spoken by St. Peter and new popes, pays homage to Johannes Ockeghem, and enlists a web of sacred and alchemical symbolism that is worth its weight in, you guessed it . . . silver and gold.

Johannes Ockeghem’s music rests as the center of two great traditions of linking musical symbols to the heavenly ladder and to the Name of the Lord. Join in exploring and embodying music from this great esoteric tradition.