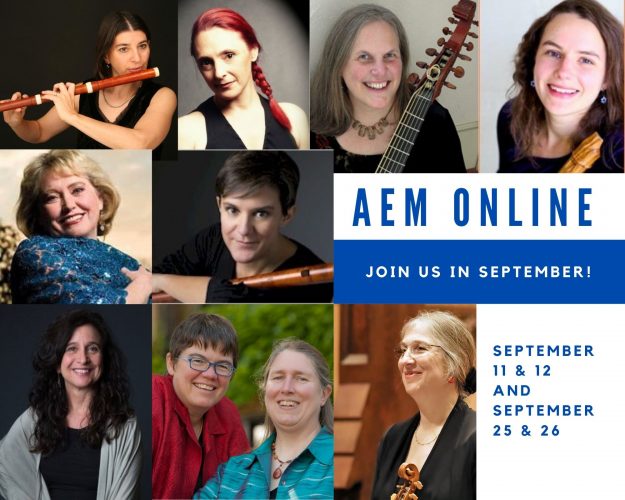 Codex Montpellier and Bamberg Codex are counted among the main sources of 13th-century polyphony. Most of the two- to four-part repertoire is texted, with Latin and French lyrics. Most typically, one voice is rooted in sacred chant, a second voice fea-tures a Latin sacred text, and a third voice might feature a different Latin text or French lyrics. Sacred and secular topics can simultaneously appear in the same piece. Our class will explore this exquisite repertoire from an instrumental point of view, with a focus on the textless pieces, many of which are built around the tenor “In Seculum” and feature a rhythmical composition technique referred to as hocket. Geared to: intermediate to ad-vanced recorders and other instruments. Play-along recordings will be on recorders. Pitch: A=440.

Join AEM ONLINE for new classes in September! Register for any number of sessions – classes are $25 per session. Music for the classes is posted in advance. Recordings of the class are available to participants for 7 days.