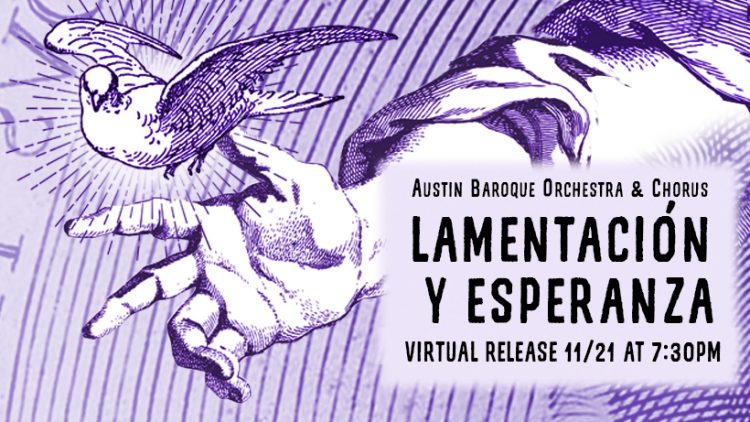 One of music’s greatest powers is its ability to wordlessly express the extreme depths of human emotion. 2020 brought with it much loss, sadness, and destruction, but there remains for many of us a strong sense of hope for the future. Originally this concert was meant to be a collection of music from colonial South America, but we decided it would be more fitting to curate a program that would reflect upon the tumultuous year we are all experiencing. Through this collection of Spanish, Portuguese, Mexican, and Peruvian choral works with texts relating to lament and loss, hope and light, we seek to, in our own humble way, honor and remember those who’ve been lost, and to express hope for a brighter future. Recorded in high definition video and audio at historic Mission Concepción in San Antonio, this program will include music by Victoria, Lôbo, Magalhães, Padilla, Morales, and others, and will include, as you’ve come to expect from our annual Hispanic program, two modern world premieres.