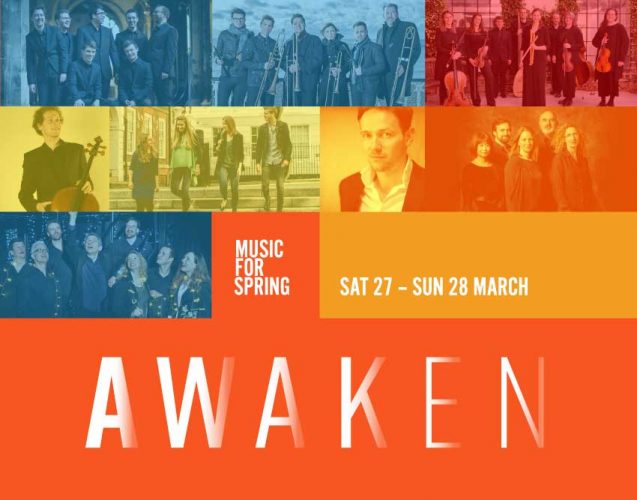 Awaken features some of the UK’s most celebrated musicians, working across a range of historic venues celebrating the unique association between the City of York and the exquisite beauty of the music of the past.  Taking place over two days, the festivities begin with a musical whistle stop tour led by the acclaimed all male vocal group The Gesualdo Six.  Beyond these shores: A York Tapestry explores the musical ‘jewels in the crown’ of Renaissance Europe as revealed in the stained glass and manuscripts of the City of York. The journey shows off some of the city’s most beautiful buildings including: Holy Trinity Church, Goodramgate; St Olave’s Church; and the  medieval splendour of the Merchant Adventurers’ Hall.

The weekend’s grand finale features I Fagiolini, with a concert filmed in York and directed by Robert Hollingworth. They are joined by the English Cornett & Sackbut Ensemble to present a multi-choir extravaganza of music from the Italian Renaissance, taking us on a musical journey across Spain to the New World and back again.