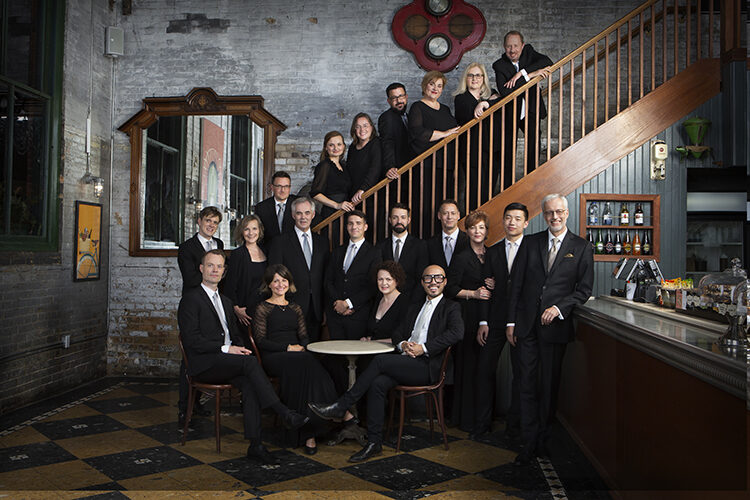 Tafelmusik Chamber Choir wraps up its 40th-anniversary season with a magical evening of Bach family motets and chorales written for choir and continuo, including such treasures as Jesu, meine Freude and Singet dem Herrn.

Tafelmusik presents a magical evening of motets and chorales written by members of the Bach family, including such treasures as J.S. Bach’s Jesu, meine Freude and Singet dem Herrn. The choral selections are interwoven with excerpts from Bach’s solo instrumental music, including the sublime Sarabande for cello from the Suite no. 5 in C Minor performed by Kieran Campbell, the Giga from the Partita in D Minor for violin performed by Geneviève Gilardeau, and preludes for organ and harpsichord, performed by Charlotte Nediger.

“This concert concluding the choir’s 40th-anniversary season is a very special one for us, offering a many-hued tapestry of motets by Bach and his forbears. Bach’s motets are among the most challenging yet rewarding works written for singers, and we interweave them with intimate works for solo instruments. We are looking forward to performing this concert before a live audience in the welcoming surroundings of Eglinton St George’s United Church.” —Ivars Taurins

What to expect from a live concert

Here’s what you can expect from your in-person concert experience:

Tafelmusik operates in accordance with public health mandates and venue policies. Physical distancing in indoor settings has been eliminated, as has the need to provide proof of vaccination for public entry to venues. Masking is also not required, but strongly recommended in indoor settings. Any changes to policy or additional requirements will be communicated by email to ticketholders in advance of their performance, and reasonable accommodations will be made. For more information, please visit our Health and Safety page.