Registration available now. The room will open 10 minutes ahead of the start time and will be locked at 5 minutes past.

Designed to bring awareness to tension habits, this injury prevention information for musicians focuses on the body in movement. In Body Mapping, one learns to gain access to one’s own body map through self-observation and self-inquiry. The student corrects his or her own body map by becoming more aware of how he or she moves by using mirrors, anatomical models, books, and studying anatomical images. One learns to recognize the source of inefficient or harmful movement and how to replace it with movement that is efficient, elegant, direct, and powerful based on the truth about one’s structure, function, and size.

Learn more about body mapping from The Association for Body Mapping Education. 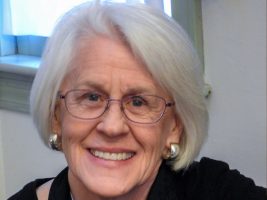 Frances Conover Fitch has toured in North America and Europe and performs with many major early music ensembles. She helped found the groundbreaking ensemble for 17th-century music, Concerto Castello, and has been described as a “delightfully inventive and compelling” continuo player. She has more than a dozen recordings, including a solo disk on Wildboar and a 2-CD release of music by Elisabeth-Claude Jacquet de la Guerre. Her playing has been noted for its “precision and delicacy of wit.”

Ms. Fitch has participated in many music festivals, including Tanglewood, Aix-en-Provence and Tage Alter Musik in Regensburg, Germany. She was on the faculty of the Longy School of Music for 28 years, serving as Chair of Early Music and teaching harpsichord, organ, chamber music, and figured bass. In 2012-13, she was Guest Professor at Ferris University in Yokohama, Japan, and is currently on the faculty at New England Conservatory of Music and Tufts and Brandeis Universities.