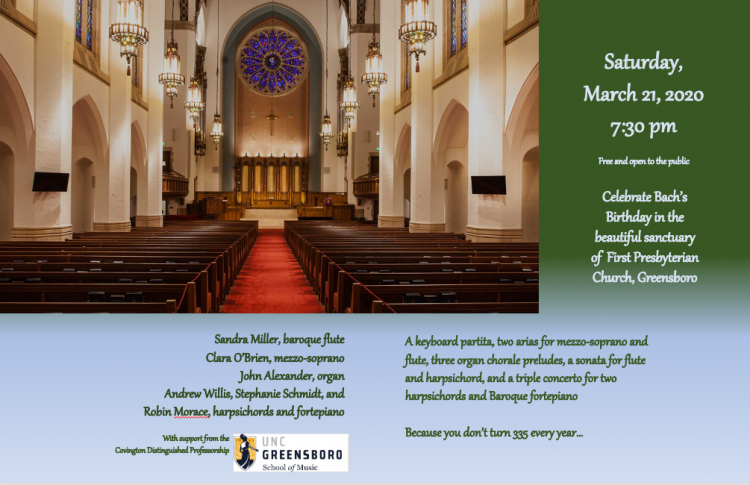 A chamber concert of works by Bach in the sanctuary of First Presbyterian Church Greensboro, presented by Andrew Willis with the support of the Covington Distinguished Professorship in the UNC Greensboro School of Music.  Flutist Sandra Miller will join mezzo-soprano Clara O’Brien and Willis in two obbligato arias and the B-minor flute sonata, organist John Alexander and Willis will perform solo keyboard works, and the concert will culminate in a performance of the Concerto in C major for Three Keyboards in which Stephanie Schmidt and Robin Morace will join Willis in playing the unusual combination of two harpsichords and a Baroque fortepiano.