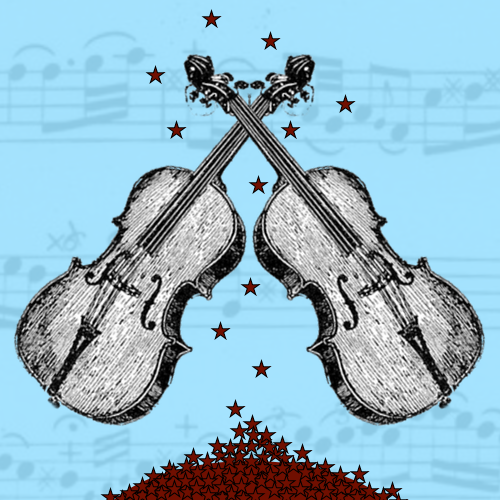 The violoncello was practically unknown in France at the turn of the 18th century. Lisa and Eve offer a delightful survey of duets by player-composers from Couperin to Offenbach, featuring works by players who themselves had moved from playing bass violin to the new cello, and from using an underhand bow grip to overhand.

Works include sonatas by the “father of the French violoncello,” Martin Berteau and by Jean-Baptiste Barrière, who was the first French cellist to perform at the Concert Spirituel in Paris, and duos by such standard-repertoire composers as Jean-Louis Duport. And Jacques Offenbach, opera composer and virtuoso cellist, makes an appearance with a sumptuous duet worthy of the music hall stage.