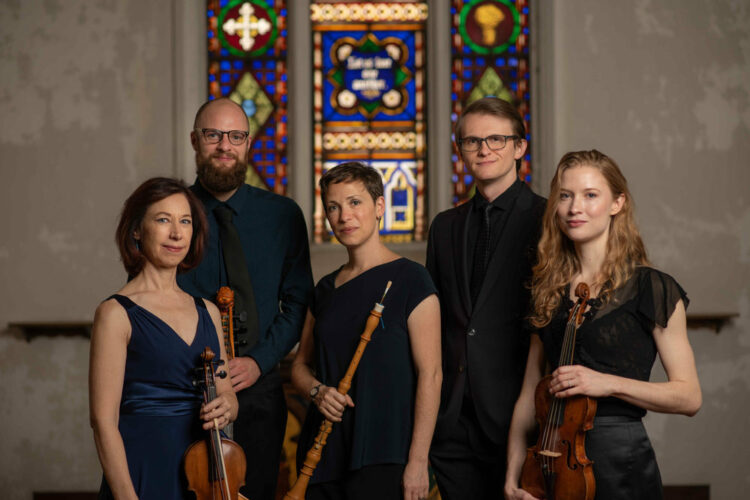 Virtuoso flutist Emi Ferguson joins Les Délices for a program of riveting chamber works from the eve of the French and Haitian Revolutions. Inspired by early abolitionist writings and philosophical ideals of liberty and equality, Winds of Change pairs 18th-century works by Joseph Bologne, Chevalier de St. Georges, and Luigi Boccherini with “A Journey to Freedom,” a new composition by Haitian composer Sydney Guillaume commissioned by Les Délices.

Lovers of wind music will not want to miss this opportunity to hear oboist Debra Nagy and flutist Emi Ferguson perform works by Bologne and Boscha with acrobatic zeal.

Les Délices (pronounced Lay day-lease)delights, inspires, educates, and expands audiences for music on period instruments through innovative programming and world class performances. With deep roots in our Northeast Ohio community, Les Délices is building a national reputation as a leader in the field of early music, advancing its relevance and sustainability by welcoming collaboration, embracing digital media, and proactively working to support diversity and inclusion among our peers and repertoire.

Founded by baroque oboist Debra Nagy in 2009, Les Délices has established a reputation for their unique programs that are “thematically concise, richly expressive, and featuring composers few people have heard of.” The New York Times added, “Concerts and recordings by Les Délices are journeys of discovery.” The group’s debut CD was named one of the “Top Ten Early Music Discoveries of 2009” (NPR’s Harmonia), and their performances have been called “a beguiling experience” (Cleveland Plain Dealer), “astonishing” (ClevelandClassical.com), and “first class” (Early Music America Magazine).