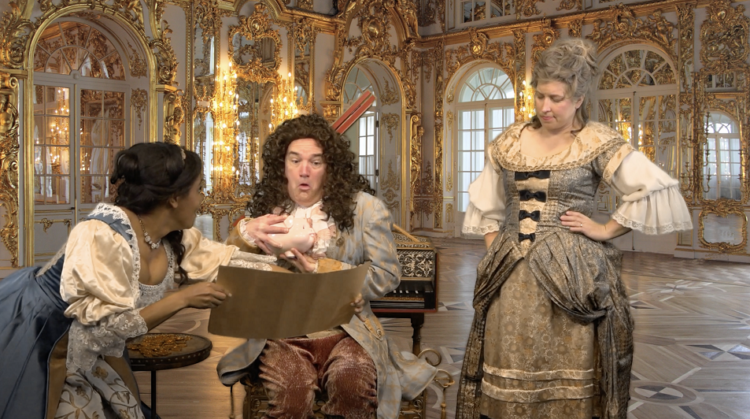 The performance is offered at no charge. Registration is at https://www.lumediamusicworks.com/stories-de-la-guerre. Musicians performing Jacquet de la Guerre’s work include violinist Stephanie Noori of Westworth Village, Texas; Christopher Phillpott of Dallas and Molly Hammond of Houston.

“Élisabeth Jacquet was a talented harpsichordist and composer,” said Julianna Emanski of Frisco, Texas, Lumedia’s artistic director. “She is one of the few women of her time to compose an opera and publish music in her own name – an incredible accomplishment for a woman in the 18th century. Modern audiences are now discovering her music.”

Dallas-based nonprofit Lumedia is committed to sharing early music – music before 1750 – with audiences. The 2020-21 performances are available online.

Jendi Tarde of Lewisville, Texas, researched, wrote and directed the film. The program host and narrator is Elaine Scholly of Dallas.

The film was shot in Dallas and Frisco. The musical performance was filmed in Celina, Texas.

All of Lumedia’s previous performances, including other Stories installments, are available at https://www.lumediamusicworks.com/season.