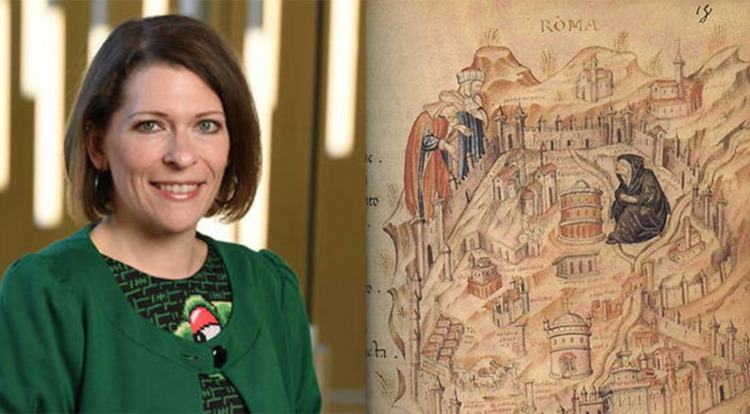 Presented as part of USC’s Musicology Forum hosted by the Early Modern Studies Institute 2020-2021 Early Music Series in partnership with EMA, Karen Cook (University of Hartford) will investigate the most popular music treatise in the late Middle Ages, the Libellus cantus mensurabilis, purportedly authored by Johannes de Muris, and ask: Why were parts of it attributed to someone named Magister Johannes Pipardi, and just who is this guy, anyway?

Dr. Karen M. Cook specializes in medieval and Renaissance music theory and performance. She is currently working on several new critical editions and translations of late medieval theory treatises as well as a monograph exploring the development of rhythmic notation in the fourteenth and early fifteenth centuries. She also maintains active research interests in popular and contemporary music, especially on music and identity in television, film, and video games and on (neo) medievalism in contemporary culture. She has presented her research at numerous national and international venues, notably the International Congress on Medieval Studies at Kalamazoo, the North American Conference on Video Game Music, and the 2015 conference on Philippe de Vitry. Her recent work has been published in Plainsong & Medieval Music, Early Music, and in Music and Video Games: Studying Play, Routledge Music and Screen Media Series, edited by K.J. Donnelly, William Gibbons, and Neil Lerner; forthcoming work will be published with the Oxford Bibliography series, the Oxford Handbook on Music and Medievalism, and the A-R Online Music Anthology.

Learn more about the lecturer here.