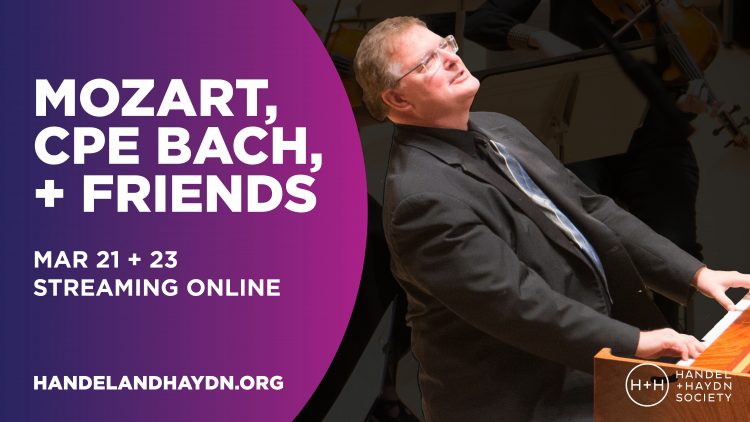 Remember how music changed in the 1950’s to 1970’s, as Elvis Presley led to the Beatles? Well, the 1750’s to 1770’s were a lot like that, with the Baroque era of Handel and JS Bach evolving, in the hands of Mozart and JS Bach’s son CPE, into the Classical. Indeed, H+H itself, which in its name salutes both Handel (Baroque) and Haydn (Classical), epitomizes this dynamic period. Join us for gems from this unique time when the new rules of music were invented by young upstarts like Mozart and CPE Bach, but also by a pair of Brits you may not yet know but will thoroughly enjoy – Charles Avison and William Boyce. Ian Watson conducts the H+H Orchestra and Emily Marvosh is our host.