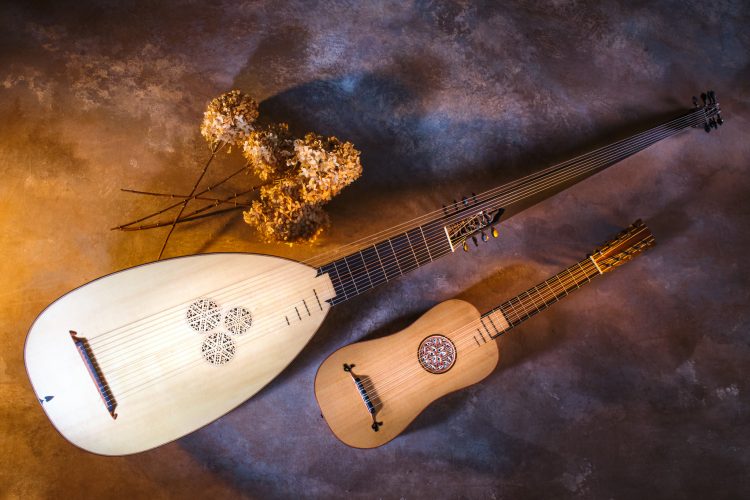 Early music trio Pavana is pleased to make their professional debut at the beautiful Montante Cultural Center at Canisius College, through The Institute for Classical and Medieval Studies. The newest addition to Buffalo’s growing early music community, Pavana is made up of world-class musicians, musicologists, and early music specialists. Some of our historical instruments are hand-made by Pavana member and master Luthier Daniel Yost. ICMS is partnering with ArtsCanisius to bring you the professional debut of Pavana. This early-music trio will perform publicly for the first time at the beautiful Montane Cultural Center.

Pavana was founded in 2021 by Suzanne Fatta along with her partner Daniel Yost, and Buffalo musician Roland Hayes. Suzanne is a Contralto, musicologist and early music specialist who has performed Medieval, Renaissance and Baroque music all across Europe and North America. She is also the Founder and Artistic Director of The Women of Vivaldi, one of the few true all-female choirs in the nation.

Luthier Daniel Yost, originally from Argentina, is quickly becoming one of the most in-demand luthiers in the country. He specializes in the construction and repair of historical plucked and strummed stringed instruments. He is also a choral director and educator, who enjoys giving workshops on instrument making. Photo of his instruments on this page by Doug Hansgate.

Roland Hayes, a legal aid lawyer by day, is a highly skilled early guitarist who plays theorbo, Renaissance lute, Renaissance guitar, Baroque guitar, archlute, vihuela and more. Daniel and Roland are both members of The Lute Society of America, and Pavana is part of Early Music America.

Join us for a sampling of Medieval, Renaissance and Baroque music for multiple combinations of voice, harp, and guitars… from England to Spain, from France to Italy; enjoy a mix of early music chestnuts and hidden gems. Open to the general public – good will donation at the door!