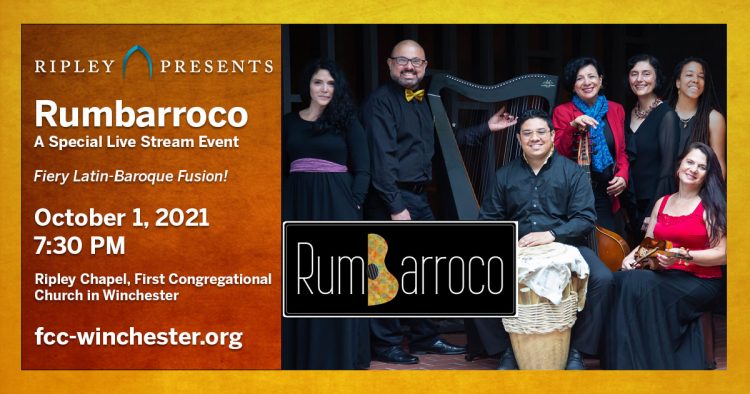 Join us for a rousing and distinct evening of rhythmic dances and virtuosic performances, as the 8 superstar musicians of Rumbarroco swing and groove their way through the African diaspora in Latin America. In celebration of Hispanic Heritage Month, Rumbarroco focuses on intercultural fusion between musical traditions, including early European music of the Renaissance and Baroque and its confluence with African, Amerindian and Latin-American genres.

“If one were to draw a line separating the sonic world of a contemporary Latin street band from that of a historically trained early music ensemble, Rumbarroco would be the group of musicians dancing merrily back and forth over the line…Their unlikely fusion of sounds and styles creates a captivating genre all its own.” —Elaine Schmidt, Journal Sentinel, 2015

Rumbarroco is the brainchild of powerhouse founding director Laury Gutiérrez. She is also the founder of La Donna Musicale, an internationally acclaimed ensemble performing early music by women composers. Gutiérrez is the recipient of numerous awards and citations, including the prestigious Thomas Zajac Memorial Scholarship given by Early Music America.