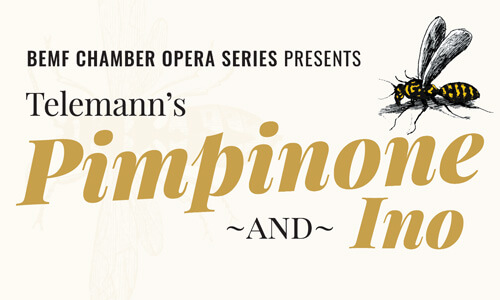 Explore the depth and scope of Telemann’s genius with a fascinating pairing of comedy and drama. Inspired by the comic intermezzi of Pergolesi, Pimpinone approaches social class and seduction with stylish slapstick and evocative humanity as the narcissistic Pimpinone is stung by the beauty and barbs of his charming chambermaid, Vespetta. The cantata Ino is a true hidden gem with a thrilling story drawn from Ovid’s Metamorphoses. Written late in Telemann’s life, this miniature masterpiece is a bridge between the Baroque and Classical eras, full of scintillating theatrics and show-stopping virtuosity.