The Art and Science of Practice

The Art and Science of Practice 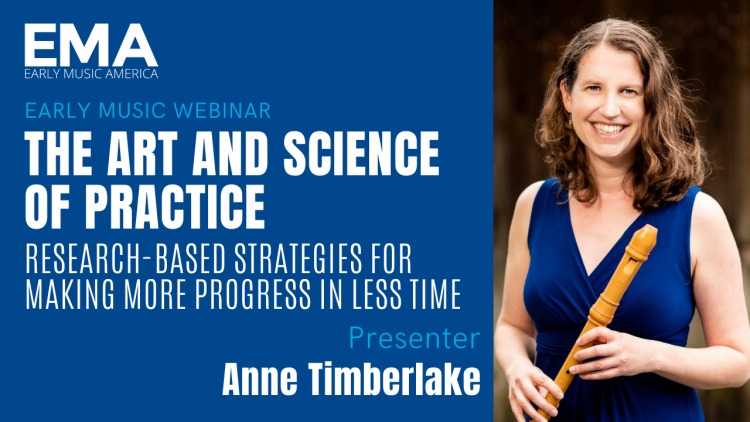 Do you have unlimited time and energy to devote to practicing? Then this is not the webinar for you! We’ll explore concrete, evidence-based strategies for improving the effectiveness and efficiency of your practice. Practice is the miracle drug….but some ways of practicing are more miraculous than others.
Presenter

Anne Timberlake has appeared across the United States performing repertoire from Bach to twenty-first-century premieres. She holds degrees in recorder performance from Oberlin Conservatory, where she studied with Alison Melville, and Indiana University, where she studied with Eva Legene and won the 2007 Early Music Institute Concerto Competition. Critics have praised her “fine technique and stylishness,” “unexpectedly rich lyricism” (Letter V), and “dazzling playing” (Chicago Classical Review).