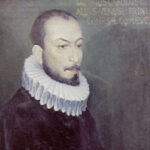 Parker Ramsay
In some repertoire, the gulf between singers and instrumentalists is narrowing. The author calls it 'among the more exciting developments in historical performance,' which might reshape our understanding of Italian Renaissance music. (Photo of Nicolas Achten) 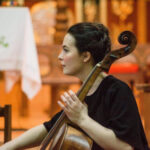 Making a Parody of Bach, No Kidding

Jacob Jahiel
The so-called parody process requires a great deal of historical knowledge but also a willingness to fill in the gaps. Performer-composer Jessica Korotkin, a Baroque cellist, combines historical scholarship with her own ingenuity for a new set of Bach-inspired cello suites. 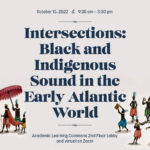 Miguel A. Valerio
Last month, scholars studying facets of early Black and indigenous sounds came together to share their research and ask a few big questions. Is this a new, interdisciplinary field of study, where sound is central to help understand life, culture, literature, and music? 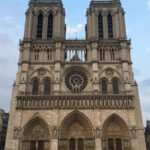 EMA
A doctoral student at the Sorbonne is studying acoustic heritage related to music by the Notre-Dame School of composers, part of a larger project on the sonic history of Notre-Dame Cathedral. This is an invitation to participate in a web-based study that examines the reception of medieval vocal music in varying performance spaces. 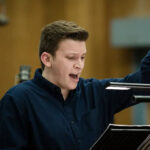 From Karaoke to Handel, a Countertenor’s Path

David Shengold
Aryeh Nussbaum Cohen is perhaps on the fastest track among American countertenors. His 'rich, gender-ambiguous tone is otherworldly,' wrote one critic. We'll meet the rising star, who sings a program titled Countertenor Fireworks, later this week in Philadelphia.

Kyle MacMillan
Voices, viols, virginals, and more. Northwestern's William Byrd Festival starts this week, a rare chance to hear lectures and performances. We speak with the festival artists and scholars about the versatile composer. 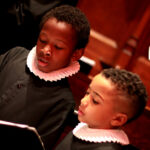 Singing Bach in a Boston Neighborhood

Ashley Mulcahy
The Bach Project has brought the music of old Johann Sebastian to Boston's diverse Dorchester neighborhood, with some help from the young singers of the Ashmont Boy Choir. 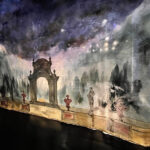 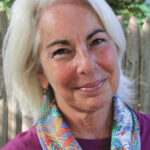