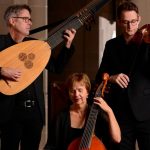 Teamwork Pays Off In Pittsburgh

By:
Mark Kanny
September 16, 2019
Chatham Baroque (above) and the presenting organization Renaissance & Baroque, which merged in 2018, are looking to build on the success of their first year together as they head into 2019-20 season. 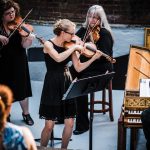 By:
Jarrett Hoffman
September 6, 2019
Louisville, Kentucky, is a champion of whiskey and home to the Kentucky Derby, but old music has also taken up residence there, thanks to two ensembles, Bourbon Baroque and Incantare, which share violinist Alice Culin-Ellison. 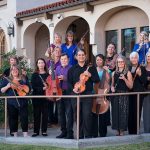 ‘The Collective Joy of Music-Making’

By:
Lee Talner
September 3, 2019
Community baroque orchestras that provide performing outlets for amateurs and professionals are on the ascent in North America. 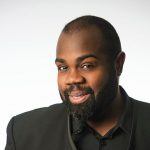 By:
Reginald Mobley
Feelings and emotions are the glue of the human experience. And the unfailing conduit for linking us to who we always were, and will be, is music. It has existed along with humanity predating traumas like war, slavery, and injustice. 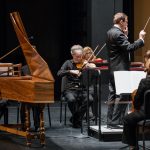 By:
Kyle MacMillan
August 12, 2019
Four works for harpsichord and orchestra are featured on a new CD from the Chicago-based Cedille Records label with soloist Jory Vinikour, conductor Scott Speck, and the Chicago Philharmonic. 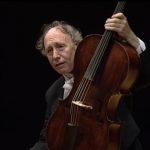 July 29, 2019
In his studies with the great Dutch cellist Anner Bylsma, who died July 25 at the age of 85, Guy Fishman writes that "the level of inquiry and erudition was intoxicating." 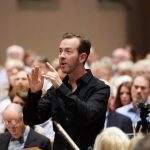 July 8, 2019
An interview with Jarrett — artistic director of Bach Akademie Charlotte, director of music at Boston University’s Marsh Chapel, resident conductor of the Handel and Haydn Society Chorus, and music director of the Back Bay Chorale — about his new role with EMA. 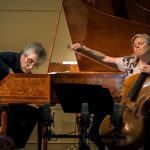 Over The Moon For Period Instruments

July 8, 2019
Fortepianist Eric Zivian and cellist Tanya Tomkins have led the Valley of the Moon Music Festival in California's Sonoma Valley since 2014 with the mission of offering historically informed performances of Classical and Romantic music. The 2019 festival runs July 14-28. 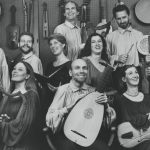 June 18, 2019
Rosamund Morley, a viola gamba player and longtime member of the Waverly Consort, pays tribute to the ensemble's co-founder, who died June 15 at the age of 81. 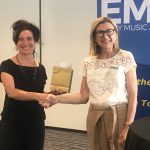 Dido and Aeneas: An Opera for Distanced Lovers