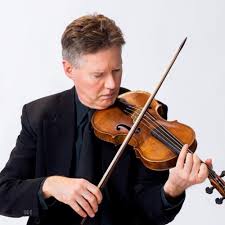 Reflection from the American Classical Orchestra

Judson Griffin, baroque violin and viola, appeared regularly in New York as concertmaster of Concert Royal, Amor Artis, and the American Classical Orchestra, has passed away at the age of sixty-eight.

A graduate of the Eastman School of Music in Rochester with advanced degrees from Juilliard, Judson enjoyed a flourishing fifty-year career performing in principal string positions with orchestras around the country and the world, teaching and doing scholarly research and transcriptions.

Judson was a founding member of Smithson Quartet, which used period instruments from the collection of the Smithsonian. In the early 2000s, he was Music Director and Conductor of the Connecticut Early Music festival, and concertmaster of the Florida Pro Musica and Dallas Bach Society. He was also guest soloist and concertmaster with New Trinity Baroque in Atlanta, concertmaster for the Maryland Handel Festival’s final years of its survey of Handel oratorios, and music director of the Clarion Music Society in New York.

He was a principal player with Helicon, the Boston Early Music Festival Orchestra, the Smithsonian Chamber Orchestra, and Apollo’s Fire of Cleveland; and appeared as concertmaster of the Philadelphia Classical Orchestra. Judson also led an orchestra for dance performances at the Maggio musicale in Florence, and led the Lobkowitz Quartet in performances of Haydn’s Seven Last Words in Germany. He was a founding member—alongside his partner, violinist Margaret Ziemnicka—of the string consort Abendmusik, dedicated to unearthing rarely-performed 16th and 17th century works.

He also gave solo recitals in Boston, Detroit, Washington, DC, in New York at Weill Recital Hall and Merkin Hall, and in Alaska. Over the course of his long career, he made over sixty recordings, including quartets of Haydn, Mozart, and Beethoven on period instruments with the Smithson Quartet, the Schubert Octet with the European ensemble Atlantis; Philharmonia of San Francisco and Tafelmusik of Toronto, among others.

In an earlier career, Judson was a prize-winning viola soloist and champion of contemporary music, performing of the Rochester Philharmonic Orchestra, principal viola of the Aspen Chamber Symphony for five years, and a member of the New York Chamber Soloists. He taught students at Aspen, Juilliard, and the University of North Carolina at Greensboro

Judson will be greatly missed and remembered as a brilliant musician and collaborator, as well as a generous teacher, mentor, scholar and friend.

Read a personal reflection by David Bakamjian, in conversation with family and friends