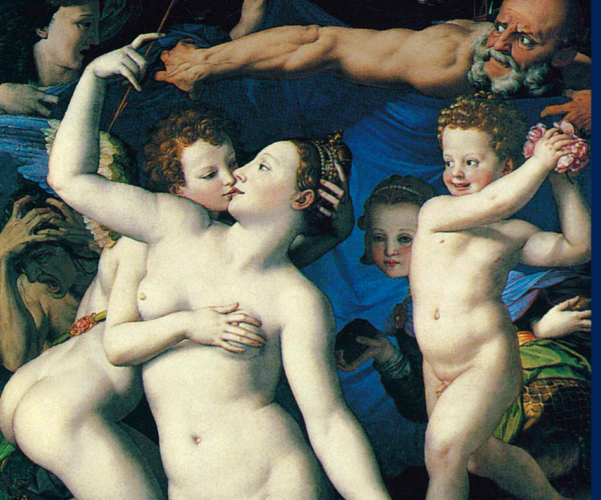 A perverse morality play in which ancient gods – Venus, Amor and Pluto – try to convince the ungrateful women, who despise love, to enjoy life and love passionately, or else they will face a bleak fate in hell.

Seattle, WA ­‑ Early Music Seattle presents the  Opera, A Night in Hell: Ballo delle ingrate featuring Grammy winner Stephen Stubbs, soprano Linda Tsatsanis, and Tony nominated Donald Byrd. This miniature baroque opera by Claudio Monteverdi boasts a story line only a twisted baroque mind could conjure: women are banished to hell for the sin of being less than amorous to their suitors.

Claudio Monteverdi’s 1607 presentation in Mantua of his masterful and innovative La favola d’Orfeo has long been considered one of the foundational moments in opera history. His Il Ballo delle ingrate, composed the following year for an elaborate state wedding in Mantua, is a less imposing but no less important variation on early music drama. With its florid dialogue, lyric strophes, and brief choruses Ballo can be seen as a distillation of that earlier, greater work with the bonus of an elegant ballet de cour filling out its center. Its plot also connects it to the early neo-platonic dramas in that it centers around gods of classical antiquity grappling with tricky Renaissance conceits.

In Il ballo delle ingrate Venus and her son Amor (Cupid) are frustrated by the refusal of “contemporary” ladies’ to play fair by the sacred rules of Courtly Love: that is, rewarding their faithful lovers’ heroic and poetic feats with passionate surrender. Instead, these modern ladies of the court tease their lovers into performing chivalric acts, only to scorn them mercilessly and then enjoy watching their lovers  pine away. (Some scholars have mused as to whether this plot was the lascivious Duke of Mantua’s balletic revenge on certain recalcitrant members of his circle. Indeed, the Duke, himself, is reported to have danced in the premiere as one of the ingrate!) To create an impetus for the ballet, Pluto brings out the souls of those departed ingrate  – evidently condemned for their sins to a special place in the Inferno – and orders them to perform a sad dance as a cautionary example for those ladies yet living who might be tempted to follow in their foolish footsteps.

Stephen Stubbs, who won the GRAMMY® Award as conductor for Best Opera Recording in 2015, spent a 30-year career in Europe. He returned to his native Seattle in 2006 as one of the world’s most respected lutenists, conductors, and baroque opera specialists and in 2014 was awarded the Mayor’s Arts Award for ‘Raising the Bar’ in Seattle.  Before his return, he was based in Bremen, Germany, where he was Professor at the Hochschule für Künste. Read more…

Hailed as “ravishing” (New York Times) and possessing “sheer vocal proficiency, a bright, flexible voice, big but controlled, shaded with plentiful color” (Boston Globe), Canadian soprano Linda Tsatsanis enjoys a career that spans the concert hall, opera stage, movies, and television. Her versatility has made for a distinguished career taking her across the United States, Canada and Europe. Ms. Tsatsanis has appeared as soloist with Tallis Scholars, Toronto Symphony, Seattle Baroque Orchestra, Mark Morris Dance Group, Pacific Baroque Orchestra, Early Music Seattle, Pacific MusicWorks, and Seattle Opera and been presented by the San Francisco Early Music Society, Early Music Now, Early Music Society of the Islands, Renaissance and Baroque, Early Music in Columbus, Dumbarton Oaks, and the Smithsonian National Gallery of Art. Not limiting herself to early music, Ms. Tsatsanis made her Carnegie Hall debut in 2016 performing William Bolcom’s song cycle Let Evening Come. Her debut solo album with Origin Classical, And I Remain: Three Love Stories, was described as a “seductive recital of the darker sides of 17th-century love” by Gramophone Magazine. Her past collaboration with the Mark Morris Dance Group was the inspiration for her 2016 release, Beethoven alla Britannia with Centaur Records. She can be heard on the Emmy-nominated documentary When Seattle Invented the Future, various recordings by the Canadian Broadcasting Corporation and Naxos. In 2015, Ms. Tsatsanis was named a Visiting Scholar at the University of Washington. Currently, Ms. Tsatsanis resides in New York City.

Donald Byrd has been the Artistic Director of Spectrum Dance Theater since December 2002. Formerly, he was Artistic Director of Donald Byrd/The Group, a critically acclaimed contemporary dance company, founded in Los Angeles and later based in New York, that toured both nationally and internationally. His career has been long and complex, and his choreographic and theatrical interests are broad. The New York Times describes him as “a choreographer with multiple personalities … an unabashed eclectic.” He is a Tony-nominated (The Color Purple) and Bessie Award-winning (The Minstrel Show) choreographer. Read more…