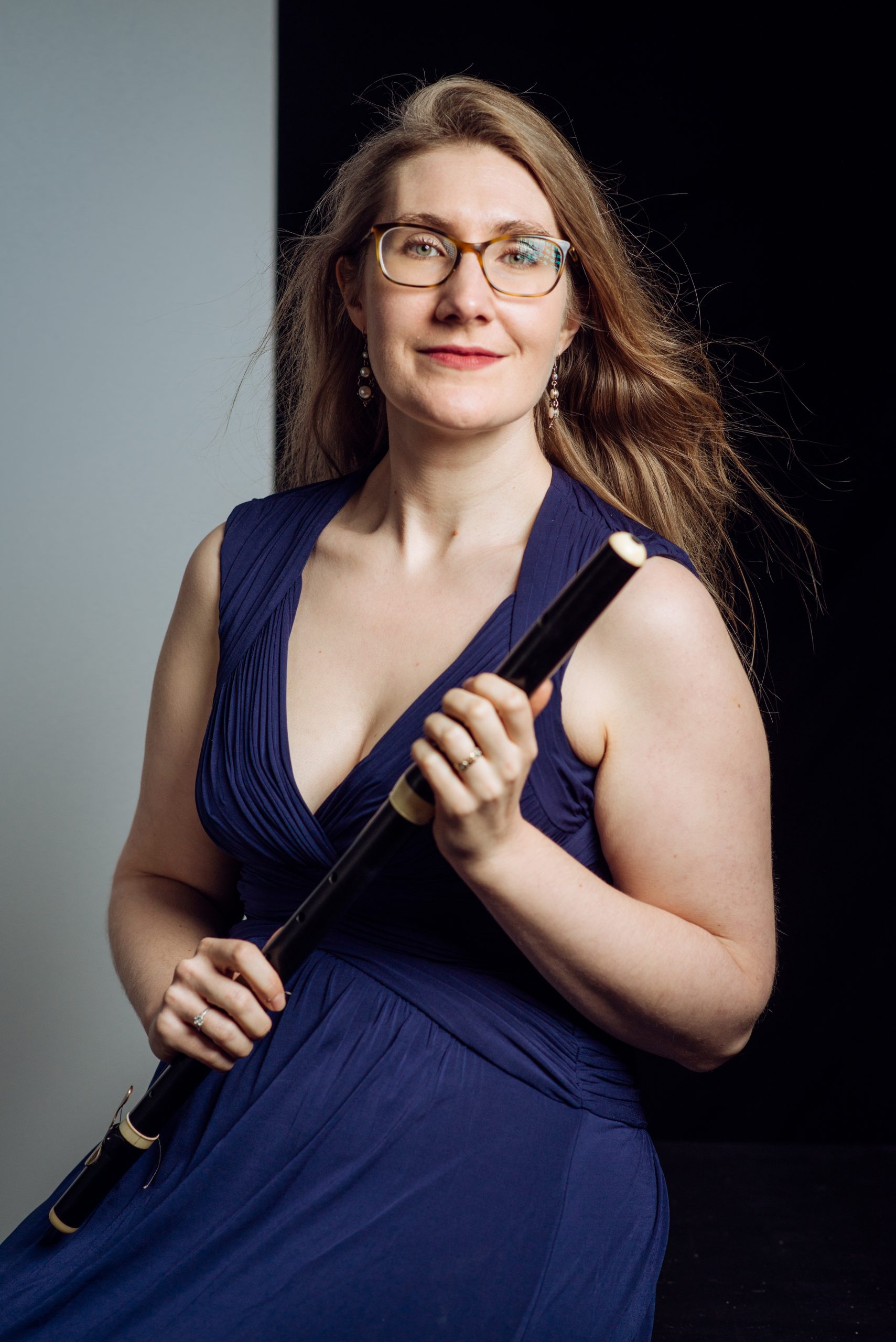 Joanna Marsden is a ‘fabulous’ (the Whole Note) flautist based in Montréal, Québec. She has performed with numerous ensembles throughout North America and Europe “beautifully” (Luis Gago, Madrid) and “with notable rhetorical clarity” (Boston Musical Intelligencer). She has worked with conductors including Ton Koopman, Florian Heyerick, Václav Luks, Julian Prégardien, Mathieu Lussier, and Peter van Heyghen among others. She collaborates frequently with historical keyboardists Mark Edwards, Katelyn Clark, and Christophe Gauthier.

She is a founding member of Montréal’s Poiesis and Symphonie Atlantique, a conductorless chamber orchestra based in the Netherlands dedicated to Classical and Romantic repertoire led from the violin by Rebecca Huber. Her début CD, Devienne Sonatas with Mark Edwards, was issued by Centaur Records in February 2019 and has been warmly reviewed by Early Music America and the American Record Guide. In July 2021, she recorded Michel de la Barre's Premier livre de pièces pour la flûte traversière (1702) with Margaret Little, Christophe Gauthier and Daniel Zuluaga (expected release date May 2022).

She holds degrees from Vassar College, the Royal Conservatory of the Hague and McGill University’s Schulich School of Music. Her doctoral research traced the career of the magnificent flautist Jean-Louis Tulou through original instruments dating from 1770-1870. The close connection with antique instruments inspired a broad reading of Tulou’s Méthode de flûte and singing treatises written by his close contemporaries which illuminates how close the practices of vocal ornamentation and melodic improvisation still were in mid-nineteenth-century France. Her Master’s research at the Royal Conservatory of the Hague, supervised by Dr. Jed Wentz, centred around the embodied experience of key characteristics as expressed in the Berlin sonatas of Johann Joachim Quantz through the lens of his instrument-building choices. Other research interests include Renaissance flute consort and mixed consort practices, seventeenth-century French vocal and instrumental improvisation, and new music for old instruments. She has presented on quantitative and qualitative methodologies in artistic research, Louise Farrenc and the Urtext concept, organology, and diverse topics at international conferences.

She has offered engaging workshops and masterclasses on baroque flute and historical performing practices to a wide network of students throughout Europe, North America and South America. She recently presented a workshop on historical performing practice while she was an artist-in-residence at the prestigious Festival de Música de Cámara de San Miguel de Allende. She teaches baroque flute at McGill University's Schulich School of Music.