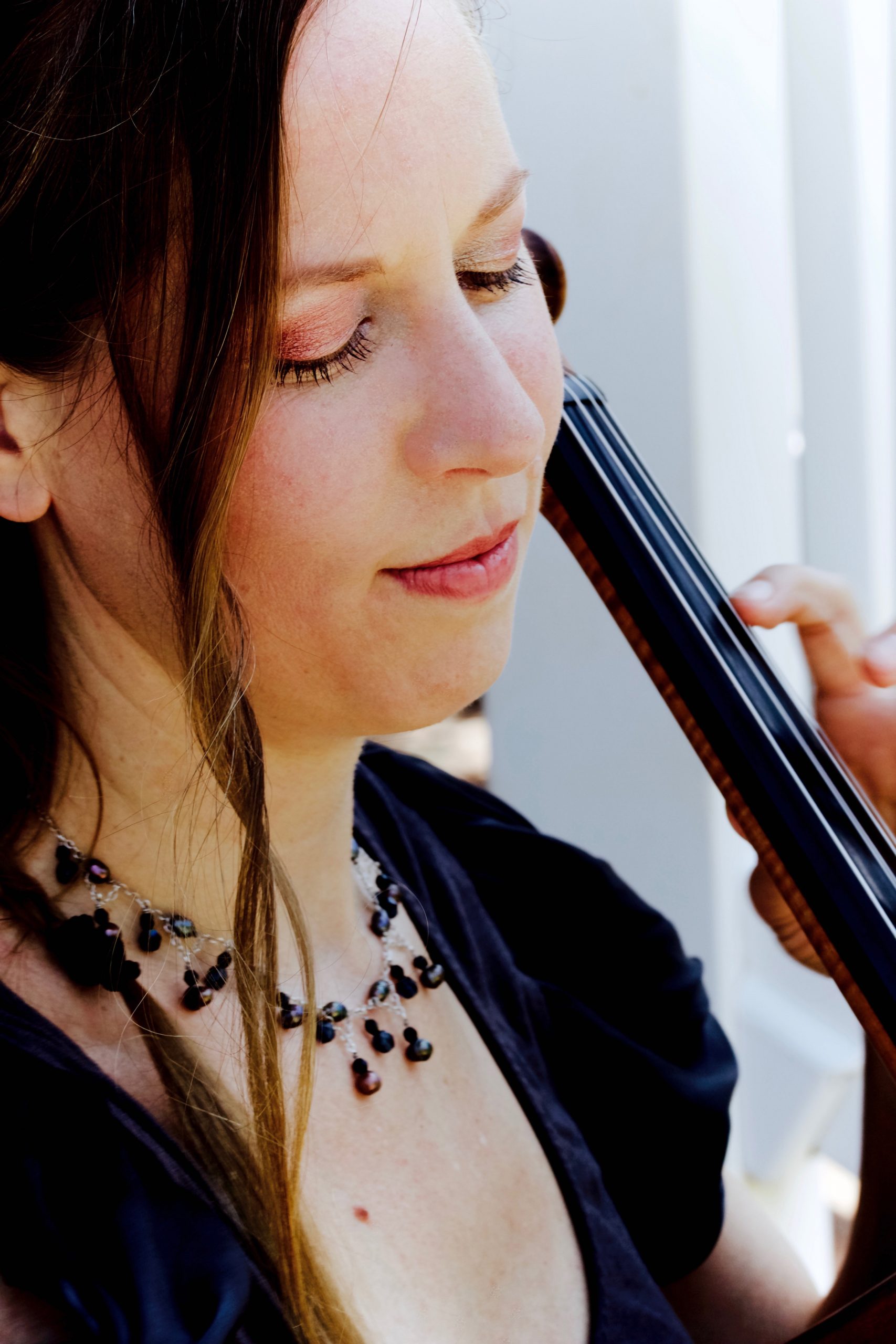 Malina Rauschenfels is a vocalist, cellist and baroque violinist, as well as co-director of Burning River Baroque. Praised by the Boston Musical Intelligencer as “spellbinding” and for her “powerful clarion tones and crisp articulation,” she has also been commended by clevelandclassical.com for her “exceptional vocal range, strong acting abilities, gripping theatricality, and commanding gestures, both musical and physical.” Equally comfortable with early music and contemporary music, she has recorded CDs with The Newberry Consort, Duo Mignarda, Quire Cleveland, Marble Sanctuary Choir and Toby Twining Music. Additionally, she performs with El Fuego Early Music Ensemble, North Carolina Baroque Orchestra, and Trinity Chamber Singers, and recently won the Waterloo Region Contemporary Music Sessions "Contemporary Performance Prize" for performing two pieces for singing cellist. Recently she has mentored musicians and performed at WRCMS in Waterloo, Canada and Escuela Superior de Artes de Yucatán in Mérida, Mexico.

In Malina’s 12-year NYC incarnation, she participated in many adventures. Malina performed a work for cellist with two bows by Kurtag with Alarm Will Sound, debuted as a dancing violinist in an international dance festival with Jody Oberfelder Projects, and premiered her upside-down flute duet at the Bang on a Can Festival. While completing her Master’s in Cello Performance at Juilliard, Malina performed Davidovsky’s Divertimento for Cello and Orchestra with the Juilliard Orchestra under Reinbert de Leeuw and also played a solo recital in Carnegie’s Weill Hall. She majored in Composition and Cello at Eastman School of Music.

Currently Malina teaches violin, viola, cello, flute and piano in her home in Cleveland Heights, travels frequently for performances, and released her first solo CD: In D – Solo Cello Through the Ages. malinarauschenfels.com