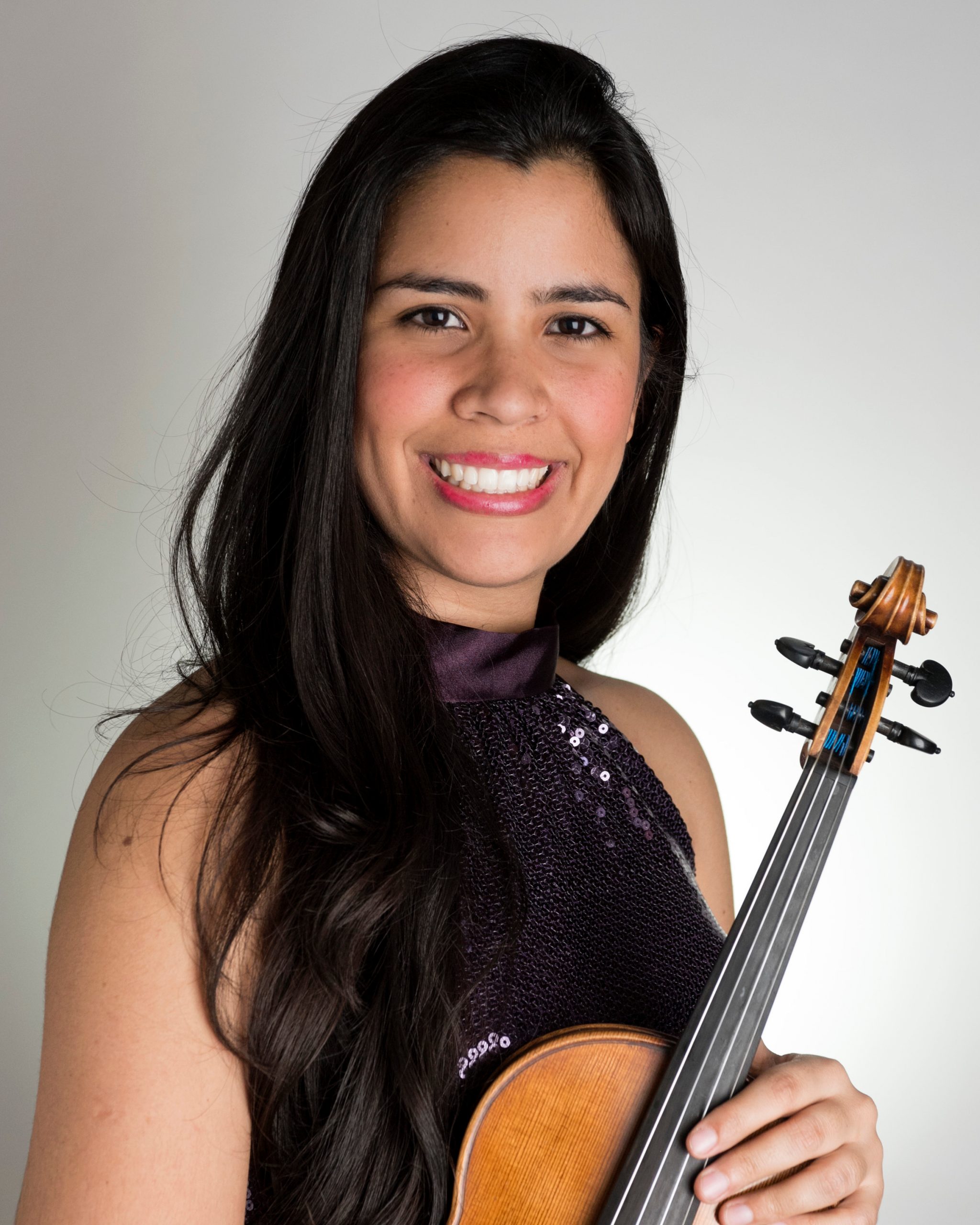 Venezuelan-born violinist María Romero Ramos is Assistant Professor of the Practice in Violin and Baroque Violin and Director of Historical Performance at Vanderbilt University Blair School of Music.

Romero specializes in both modern and historical performance practice and pedagogy, switching comfortably between bows from different time periods as well as modern and gut strings. Prior to her appointment at Vanderbilt, Romero taught at the Indiana University String Academy. She has given master classes and been a guest clinician throughout the Americas, including the Universidad Austral de Chile and El Sistema-inspired programs such as the Metropolitan Youth Symphony, Valley Vibes Youth Orchestra, California Central Coast Orchestra and Jazz Academy, Bolivia Clásica, El Sistema San Salvador, and National Youth Orchestra of Belize.

Romero is a graduate of Venezuela’s El Sistema music program, and has since been passionate about music education as a tool for social empowerment and transformation. She has volunteered and worked as artist teacher and program and development director for MusAid, a nonprofit organization that provides teacher training and instrument repair workshops to socially driven music programs around the world. Romero is an equally ardent advocate for inclusion, diversity, equity, and access in classical music, and she is actively involved in initiatives that promote these efforts with the Sphinx Organization, Early Music America, and Global Leaders Program.

Romero holds master and doctor of music degrees in violin from Indiana University, where she was awarded the Artistic Excellence and Jacobs Fellowships, the most prestigious awards in the school of music. At IU, she studied violin with Kevork Mardirossian, baroque and classical violin and viola with Stanley Ritchie, and violin pedagogy with Mimi Zweig. Romero also holds a bachelor of music degree and Graduate Artist Certificate from the University of North Texas, where she studied violin with Julia Bushkova and baroque violin with Cynthia Roberts. At UNT, she was selected Presser Scholar and received the Outstanding Undergraduate and Graduate Student in the Strings Awards. Romero holds an Executive Graduate Certificate in social enterprise, cultural agency, teaching artistry, and civic leadership from the Global Leaders Program, and she was recently selected as a fellow for Cleveland Institute of Music’s Future of Music Faculty Fellowship Program.

At Vanderbilt, Romero teaches music majors on baroque instruments, as well as non-majors and Blair Academy students, and she coaches chamber music ensembles. She is concertmaster of Music City Baroque and currently plays with the Nashville Opera, Indianapolis Baroque Orchestra, and Mountainside Baroque. She lives in Nashville with her husband, pianist Nicholas Reynolds.