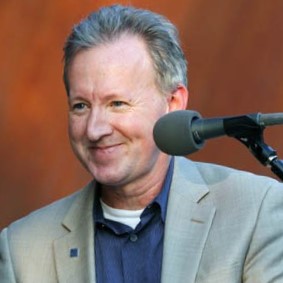 Benjamin K. Roe is the president and CEO of the Staunton, VA-based Heifetz International Music Institute, dedicated to helping talented young musicians become well-rounded artists by improving their physical and verbal communication skills as well as their technical agility and musicianship, self-confidence, and leadership capacity both on and off stage. The Institute’s intensive summer program has trained nearly 1300 students since 1996. These talented alumni have helped to spur the creation of the year-round residency program Heifetz on Tour, promoting the careers of the young performers, inspiring communities and school children, and spreading the unique Heifetz approach to locales around the nation.

Before joining the Heifetz Institute Mr. Roe was the Managing Producer for Music and Performance at WGBH, Boston, including the co-creation and artistic leadership of the new television series Sing That Thing! Mr. Roe joined WGBH in March of 2011 as the Managing Director for Classical Services, overseeing the activities of 99.5 WCRB, including the launch of five online music channels, and the introduction of two YouTube channels devoted to WGBH Music performances. Prior to coming to WGBH, Mr. Roe served as the General Manager of WDAV 89.9 FM in Davidson North Carolina, after a 20-year stint at NPR, in Washington, DC, where he served in a variety of roles including Director of Music and Music Initiatives. His three-decade career in public media includes a Grammy Award, a Chairman’s Medal from the National Endowment for the Arts, a George Foster Peabody and ASCAP-Deems Taylor Award, and a National Medal of the Arts awarded to the NPR Cultural Programming team.

Mr. Roe also serves as the Artistic Director of the “Music and Museum” series at the Bechtler Museum of Modern Art in Charlotte, NC, and is a frequent guest lecturer, adjudicator, and pre-concert speaker. Mr. Roe serves as an Overseer at the New England Conservatory of Music and the Boston Landmarks Orchestra, an Artistic Advisor to NPR’s From The Top, and on the national board of Early Music America. He is an alumnus of Middlebury College in Vermont, and pursued graduate study at Boston University’s College of Communication.