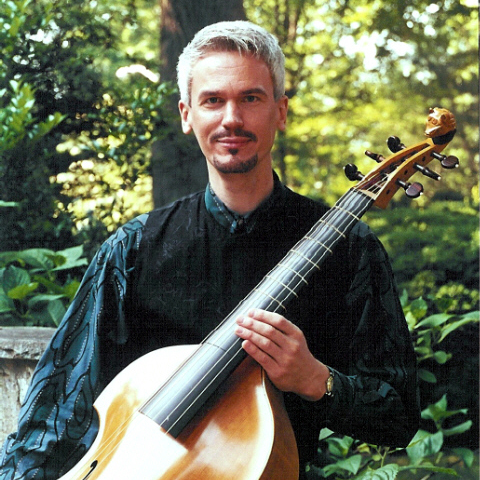 “A lively and sensitive partner with a fine sense of balance.” — BBC Music Magazine

Daniel Rippe’s solo CD The Vocal Viol was praised as an “impressive recording using his own formidable skill on the viol” and as “charming and well done” in the December 2014 VdGSA News. Cited by Maryland’s Governor for his impressive commitment to the arts, Mr. Rippe received a 2004 Maryland State Arts Council Individual Artist Award for performance on viola da gamba.

Having earned a Graduate Performance Diploma from Johns Hopkins University’s Peabody Institute of Music, Mr. Rippe teaches in Baltimore and has coached students at Hood College, Towson University, Interlochen Arts Camp in Michigan, and music workshops at the University of Colorado and the Pan-Pacific Gamba Gathering in Hawaii. He has recorded on the Centaur, Koch, and RipMeister labels.

As founding editor of RipMeister Publications, he has edited, wirtten preface material, and published fifteen printed editions of early music. On the shelves of university libraries In the US and in the United Kingdom, they have been hailed as well-executed, welcome additions to the libraries of musicians.