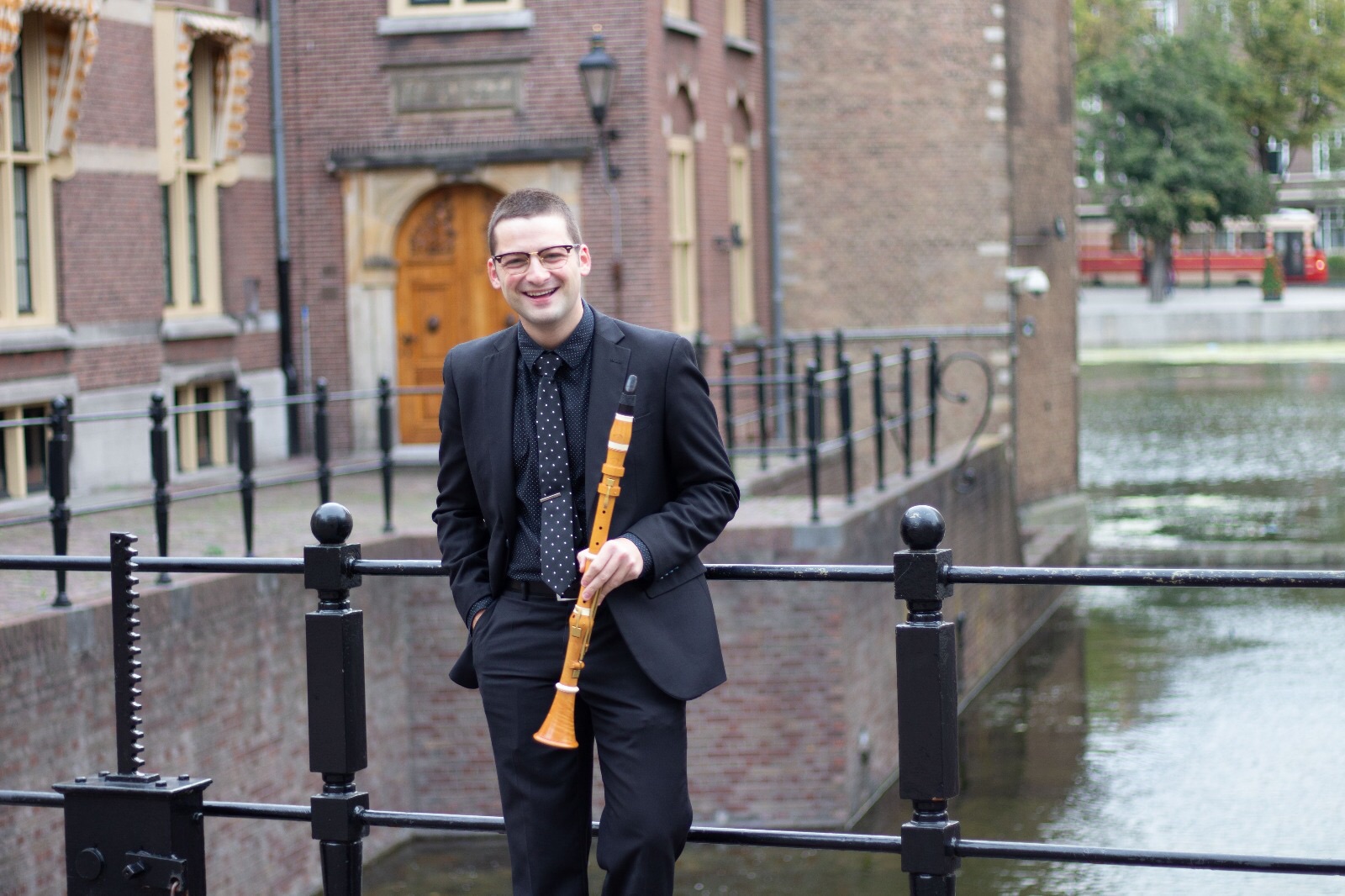 Driven by a pursuit to reconcile his deep interests in both history and music, Dominic has been exploring the world of early music as an administrator, performer, and researcher since his high school days in Key West, FL. After completing his Bachelor of Music at the Eastman School of Music, Dominic moved to the Netherlands in 2016 as a U.S. Fulbright Scholar to study historical clarinets with Eric Hoeprich at the Royal Conservatoire of The Hague. Upon graduating with his Master of Music in 2018, he returned to United States where he worked concurrently with The Colonial Williamsburg Foundation and Three Notch’d Road: The Virginia Baroque Ensemble. Dominic has served on administrative and production teams of the Eastman Community Music School (Rochester, NY), Pegasus Early Music (Rochester, NY), the Beethoven Festival of The Hague (The Hague, NL), The Colonial Williamsburg Foundation (Williamsburg, VA), and Three Notch’d Road: The Virginia Baroque Ensemble (Charlottesville, VA).

As a clarinetist, Dominic has been heard with Grand Harmonie (Boston, MA), Capricornus Consort Basel (Basel, CH), the Arcadia Players (Northampton, MA), Das Neue Mannheimer Orchester (The Hague, NL), the Eastman Wind Ensemble (Rochester, NY), and the Eastman Wind Ensemble Harmonie (Rochester, NY), with whom he travelled with to Europe in 2016 as a part of the ensemble’s premiere European tour. He has also appeared twice on NPR’s From The Top in 2012 and 2014. Since taking up historical clarinets and chalumeaux full time in 2016, Dominic has enjoyed performing as a chamber and orchestral musician, as well as a soloist. Some highlights from the last several years include a performance of Weber’s Clarinet Concerto No. 1 in f-minor, Op. 73, a year as an apprentice with the Orchestra of the Age of Enlightenment (London, UK), and a performance of Mozart’s Quintet for Clarinet and Strings in A Major, K. 581 as a part of a joint fundraiser between the Royal Conservatoire of The Hague and Juilliard’s Historical Performance Program at the Dutch consulate’s residence in New York City. A passionate advocate for the study and performance of historical American music, Dominic has been the solo clarinetist with Newberry’s Victorian Cornet Band since 2013, and can be heard performing G.F. Carney’s arrangement of Ernesto Cavallini’s Fantasia “Sonnambula” for solo clarinet and military band on the ensemble latest CD, The Gilded Age: Late 19th Century Music for American Wind Band.

In addition to his work as an administrator and freelance historical clarinetist, Dominic is an independent researcher specializing in early-American military music.