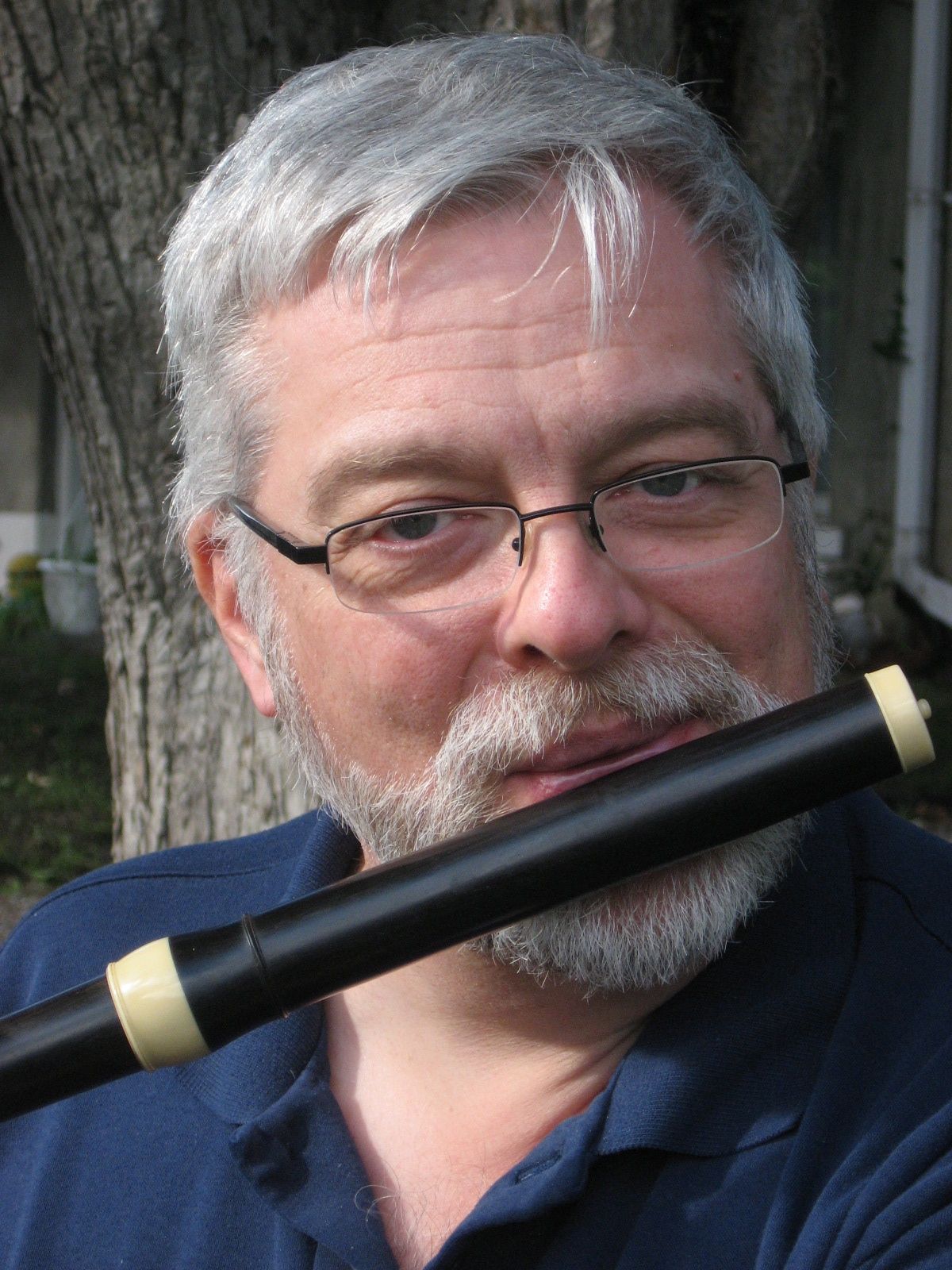 François Ferland is a musician, by profession, by training and by inclination. He obtained in 1975 a Bachelor of Music degree from Laval University, in Québec City (Performance—Flute). Two years later, he picked up his first baroque flute and has never looked back: another two years and he was in London, England, enrolled in the Early Music Course (Masters’ level) of the Royal College of Music, one of the foremost music schools in Europe, to study under Nicholas McGegan; he came back to Canada the following year with a Certificate of Advanced Studies.

While performing as often as possible, he undertook a private teaching career, teaching the flute and recorder, first in Québec City, then in Baie-Saint-Paul and La Malbaie, in the Charlevoix region, finally in the Saguenay region (Chicoutimi and Jonquière). In the Saguenay, he took up instrumental and choral conducting, working as musical director of the Chicoutimi Youth Symphony Orchestra, the Chicoutimi Saint Cecilia Choir, and the Régiment du Saguenay Band, of the Canadian Armed Forces Army Reserve, where he rose to the rank of captain.

In 1998, François Ferland accepted the position of Staff Officer Bands at Naval Reserve Headquarters, Québec City. This position of national scope entailed responsibility for the music program of the Naval Reserve of Canada as a whole, including managing the musicians’ careers; it was also his responsibility to prepare the yearly summer tour of the National Band of the Naval Reserve, an elite ensemble formed of 45 Reserve musicians that then toured Canada each summer, and to assume its musical directorship.

In the fall of 2003, he accepted another challenge at Naval Reserve Headquarters, the position of Language Coordinator. He was now responsible for revising texts of all kinds for the Headquarters, both in French and in English, and for their translation, as required, into the other official language of Canada. A few years later, he also became Coordinator Official Languages for the Naval Reserve, assuming responsibility for the implementation of the Canadian Armed Forces Official Languages Program within the Naval Reserve.

His musical activity focuses on 18th century flute music and music for band; in addition, François Ferland has been an avid chorister for almost 50 years. In 2010 came at last the realization of a dream of 20 years, the creation of Les Éditions de la croche pointée inc., a music publishing venture that will enable him to maintain contact with these activities. Since his retirement from the Canadian Armed Forces in January 2013, he has devoted his time to this business.