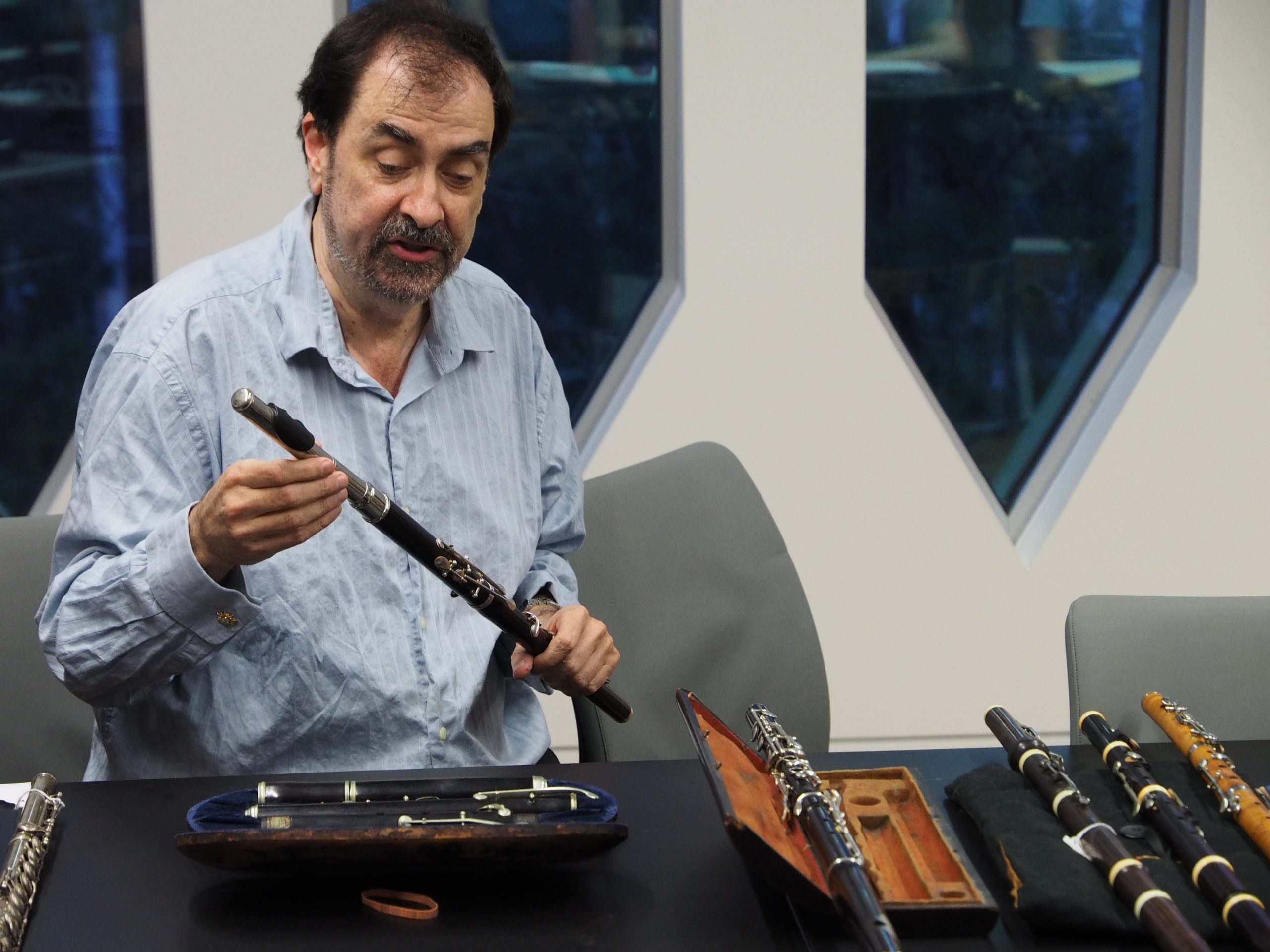 Michael Lynn is Professor of Baroque Flute & Recorder at Oberlin Conservatory and Curator of Musical Instruments Emeritus, he also served as Associate Dean for 15 years. Mr. Lynn performed at the Inaugural Luncheon for President Obama’s first term and recently at the same event for Mr. Trump.  He has performed throughout the United States, Canada, Portugal, Romania, Italy, Taiwan and Japan with Apollo’s Fire, Mercury Baroque, ARTEK, the Oberlin Baroque Ensemble, Smithsonian Chamber Players, Tafelmusik, the American Baroque Ensemble, Handel & Haydn, the Boston Early Music Festival Orchestra, the Cleveland Orchestra, the Houston Symphony, the Cleveland Opera, Santa Fe Pro Musica, Il Gardilino, and many other ensembles. He teaches each year at the Oberlin’s Baroque Performance Institute. He can also be heard at www.soundcloud.com/mloberlin

Mr. Lynn has taught at the University of Michigan, Oakland University, Case Western Reserve University, and at the Recorder Institute of Indiana University as well as teaching classes on historical flutes throughout the country.

A performer/scholar, Mr. Lynn produced a monthly column for Flute Talk Magazine and has recently written feature articles for Traverso, Flute Talk, Flute View, Flutist Quarterly, and the Oberlin Conservatory Magazines. He was the founder of Early Music Facsimiles, and a founding member of the Board of Apollo’s Fire. Michael can be heard on Wildboar, Gasparo, Eclectra, Koch International, Avie, and other labels. Known for his knowledge of historical flutes he maintains a website www.originalflutes.com based on his flute collection and is available to give lecture/demonstrations about the history of the flute.  Recently he presented at the International Congress of the National Association for Music Instruments – Portugal, in Tomar, as well as lecturing and performing in Romania and Italy. Mr. Lynn is on the Board of the American Musical Instrument Society and ANIMUSIC-Portugal.