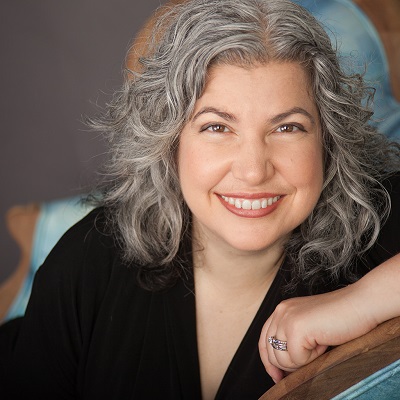 A graduate of both New England Conservatory of Music and Tufts University, mezzo  Maren Montalbano can be heard on three GRAMMY Award-winning albums: John Adams’ On the Transmigration of Souls (2005), Gavin Bryars’ The Fifth Century (2018), and Lansing McLoskey’s Zealot Canticles (2019), on which she is a featured soloist. Among her 30+ commercial recordings are Douglas Cuomo’s opera Arjuna’s Dilemma, Gavin Bryars’ A Native Hill, Edie Hill’s Evolutionary Spirits, and her debut solo album, Sea Tangle: Songs from the North. Her performances have been praised as “wonderful” and “suave and sensuous” by the Philadelphia Inquirer. Ms. Montalbano has been a guest artist with the Lancaster Symphony, Lyric Fest, Choral Arts Philadelphia, Mendelssohn Club of Philadelphia, Network for New Music, Tempesta di Mare, and Piffaro, the Renaissance Band. During the pandemic, she turned to the digital world; she wrote, produced, and premiered a one-woman show called The Bodice Ripper Project as an interactive digital performance at the Philadelphia Fringe Festival, and began recording (in her own closet!) for films and commercial albums. Ms. Montalbano lives in New Jersey and sings professionally throughout a wide geographic area with Opera Philadelphia, Trio Eos, and The Crossing.