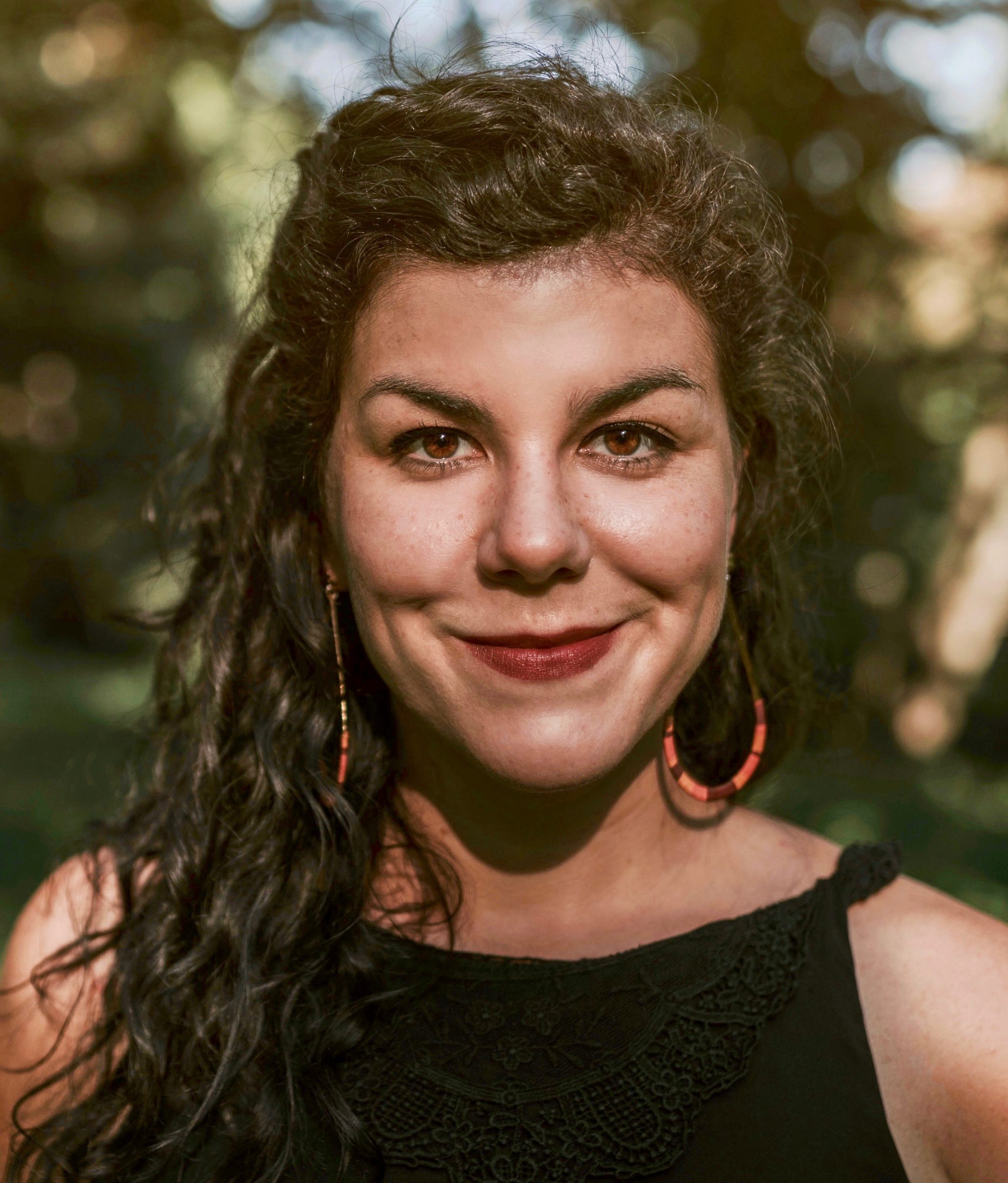 Praised for her “warm, colorful mezzo” by Opera News, Sophie Michaux has become one of Boston’s most versatile and compelling vocalists. Born in London and raised in the French alps, Sophie’s unique background informs her artistic identity, making her feel at home in an eclectic span of repertoire ranging from grand opera to French cabaret songs.

The current season brings a number of exciting engagements for Sophie including a solo recital of Barbara Strozzi’s vocal music at the Fundazione Cini in Venice, Italy, as well as in Annecy, France, and Boston. She also appears with The Boston Cecilia in their Transcendental Passion, as well as in The Chorus of Westerly’s Spring Pops. She was a featured soloist with Musicians of the Old Post Road in their Christmas Pilgrimage concert, and joined In Stile Moderno for a program of John Dowland lute songs in Boston and Brattleboro, VT.

A consummate singing actor, Sophie is known for her committed portrayals of a wide variety of demanding roles on the opera stage. Sophie recently appeared as Ceres in Boston Early Music Festival’s production of Lalande’s rarely-staged Les Fontaines de Versailles (2020 GRAMMY nominee for Best Opera Recording), garnering acclaim from the Boston Musical Intelligencer for her “astonishing range and flexibility.” She has sung the title roles of La Cenerentola (NEMPAC), Lucretia in The Rape of Lucretia (Opera Brittenica), and Rinaldo (Boston Opera Collaborative) for which she was nominated as Best Female Performer in an Opera for the 2015 Arts Impulse Theatre Awards. Sophie has enjoyed the challenge of interpreting a number of modern and contemporary opera roles, among them Anne in To Hell and Back by Jake Heggie (Boston Opera Collaborative), Mrs. Soames in Our Town by Ned Rorem (Boston Opera Collaborative), Higuchi in Troubled Water by Mischa Salkind-Pearl (Guerilla Opera), and Ceres in The Tempest by Joseph Summer (The Shakespeare Concerts).