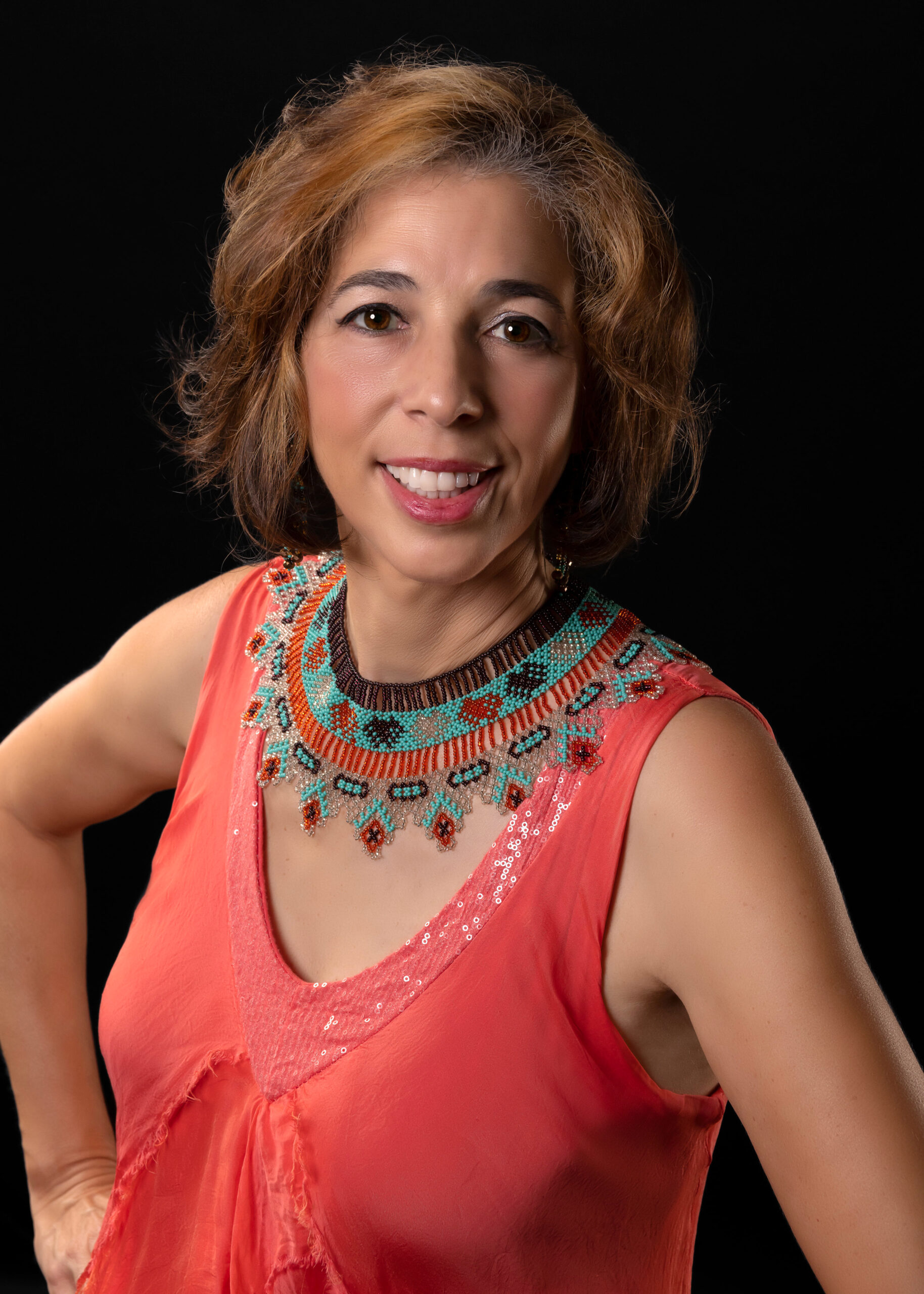 “Ana María Ruimonte gives the material much more clarity than most operatically-trained vocalists typically deliver. And she maintains power and edge through many of the melodies’ challenging, rapid-fire melismas and ornaments… She sings in character… She reaches for the rafters with arioso power….” New York Music Daily, 2020.

ANA MARÍA RUIMONTE, is a lyric soprano graduated from the Escuela Superior de Canto of Madrid in 2006. She studied further in Nuremberg, Philadelphia, and New York. She was a finalist at Italy’s International Opera Umberto Giordano competition in 2013.

She was a singer at Madrid’s Teatro Real for seven years while sharing the stage and recording with the biggest stars of the opera world.

From 2008-2013, Ana María was a full-time tenured member of the National Chorus and Orchestra of Spain (OCNE), with whom she toured in Spain, Vienna (Austria), Dresden (Germany), Toulouse (France), including appearances in 2009 at Lincoln Center in New York.

Her multi-part project “Slavery, Miscegenation and Liberation: The Era of Modernism” includes academic research and a series of collaborations with Cuban composers and musicians. So far this has resulted in the CDs Sencillamente Martí (chosen for an award by Fundación SGAE in 2019), Con Rodrigo en Cuba, and a pair with Huberal Herrera: Africana Soy and Rosas para Lecuona.

Her bilingual multimedia theatrical spectacular about life and music in 17th-century Spain, The Cart of Love (El Carro del Amor), has been honored with a featured performance at the Library of Congress in Washington DC for the Hispanic Heritage Month 2016 among others.

Since 2014, she has performed in Philadelphia, New York, Tucson, Washington D.C., and Phoenix in the U.S.; Tel Aviv and Jerusalem in Israel; Madrid, Granada, and Guadalajara in Spain; and Havana, Cienfuegos, Matanzas, and Santiago in Cuba.

Ana María taught master classes for the singers at the Teatro Lírico in Havana, Cuba, in 2019.

Mrs. Ruimonte prepared a program of rarely-heard Spanish Christmas songs from the late 19th and early 20th century in collaboration with Spain’s National Library to premiere in the 2021 holiday season.