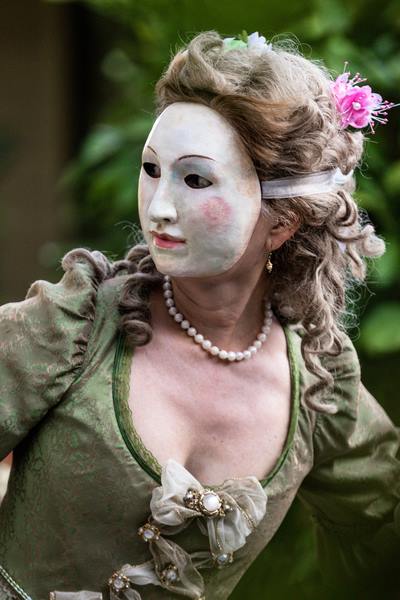 Catherine Turocy, recognized as one of today’s leading choreographer/reconstructors and stage directors in 17th and 18th century period performance, with over 70 Baroque operas to her credit, has been decorated by the French Republic as a Chevalier in the Order of Arts and Letters.  Her first performance in Baroque dance was in 1972 with conductor Alan Curtis and choreographer Shirley Wynne and the Baroque Dance Ensemble of The Ohio State University at UC Berkeley in Rameau’s La Naissance d’Osiris.

After moving to NYC in 1976 she cofounded The New York Baroque Dance Company with Ann Jacoby.

In 2018-19 she was a recipient of the Center for Ballet and the Arts Residency Fellowship in NYC affiliated with NYU for her work on Nijinsky’s Bach ballet (1913). In 2018 Turocy received the prestigious IZZY Award in San Francisco for her stage direction and choreography of  Le Temple de la Gloire by Rameau  which also received two first prizes in “Best of the Bay” under both stage direction and choreography. Other awards include the BESSIE Award in New York City for sustained achievement in choreography as well as the Natalie Skelton Award for Artistic Excellence.  In 1980 she received the Dance Film Association Award for “The Art of Dancing.” NEA International Exchange Fellowships supported extended visits where she lived in London and Paris, conducting research and interacting with other artists.  In the 1980’s she worked under famed stage directors Pier Luigi Pizzi and Jean Louis Martinoty.

Ms. Turocy has lectured on period performance practices around the world including the Royal Academies of Dance in London, Stockholm and Copenhagen; the Festival Estival in Paris and The Society for Early Music in Tokyo.

She has served as consultant to Clark Tippett of American Ballet Theater, Edward Villella of the Miami City Ballet and Yaniro Castro of acanarytorsi. She was a movement consultant to the famous master chef Thomas Keller, training his wait staff for Per Se in NYC.

As a writer she has contributed chapters to dance history text books, articles to Opera News , Early Music America and Dance Magazine, many which have been translated into French, German, Japanese and Korean. A chapter in Janet Roseman’s book, Dance Masters: Interviews with Legends of Dance, published by Routledge is dedicated to her work.   Books in which Turocy has authored chapters include:   Moving History/Dancing Cultures: A Dance History Reader; Creating Dance: A Traveler’s Guide and “Dance on its Own Terms: Histories and Methodologies,” eds. Melanie Bales and Karen Eliot, published by Oxford.