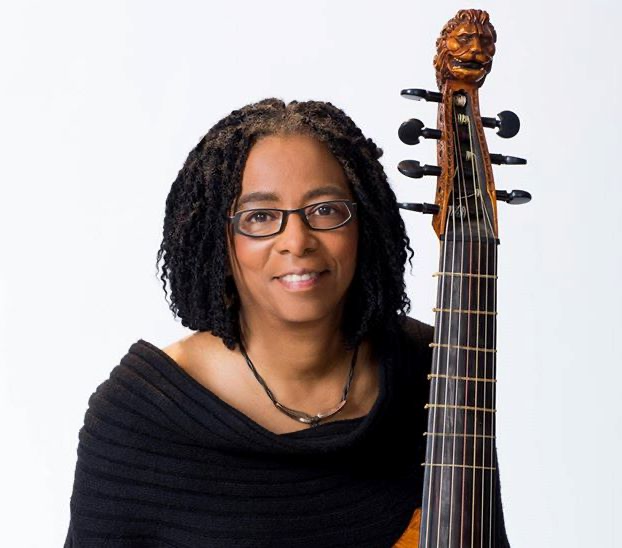 PATRICIA ANN NEELY (viola da gamba) has appeared with many early music ensembles including, the Folger Consort, Smithsonian Chamber Players, the New York Collegium, the Washington Bach Consort, Amor Artis, ARTEK, Glimmerglass Opera, New York City Opera, the Boston Camerata, Boston Early Music Festival Orchestra, The Newberry Consort, The New York Consort of Viols, and Early Music New York, among others, and was a founding member of the viol consort Parthenia. For many years she was the principal violone player for Bach Vespers at Holy Trinity. She spent three years touring with the acclaimed European-based medieval ensemble, Sequentia on the medieval fiddle performing throughout Europe and North America, at festivals including, Oude Muziek – Utrecht, Bach Tage – Berlin, Alte Musik – Herne, Wratislavia Cantans – Poland, Music Before 1800, and The Vancouver Early Music Festival.  Ms. Neely began playing the viol at Vassar College and continued her studies, earning an MFA in Historical Performance at Sarah Lawrence College, with additional studies in Belgium with Wieland Kuijken.  She has recorded for Arabesque, Allegro, Musical Heritage, Deutsche Harmonia Mundi,Ex Cathedra, Classic Masters, Erato, Lyrichord, and Music Masters labels. Ms. Neely has been a member of the faculty at the Amherst Early Music Summer Festival, the Viola da Gamba Society of America Conclaves, Viola da Gamba Society of both New England and New York workshops, Pinewoods Early Music Workshop and is currently on the faculty of The Brearley School where she teaches recorder, double bass and coaches an early string repertoire ensemble. Ms. Neely was the Executive Director of the Connecticut Early Music Society and Festival from 2012 until 2015.  Ms. Neely is currently the Chair of the Early Music America Taskforce on Equity, Diversity, and Inclusion.  It's mission is to address the lack of diversity in the field and explore ways in which to increase outreatch to a wider demographic.