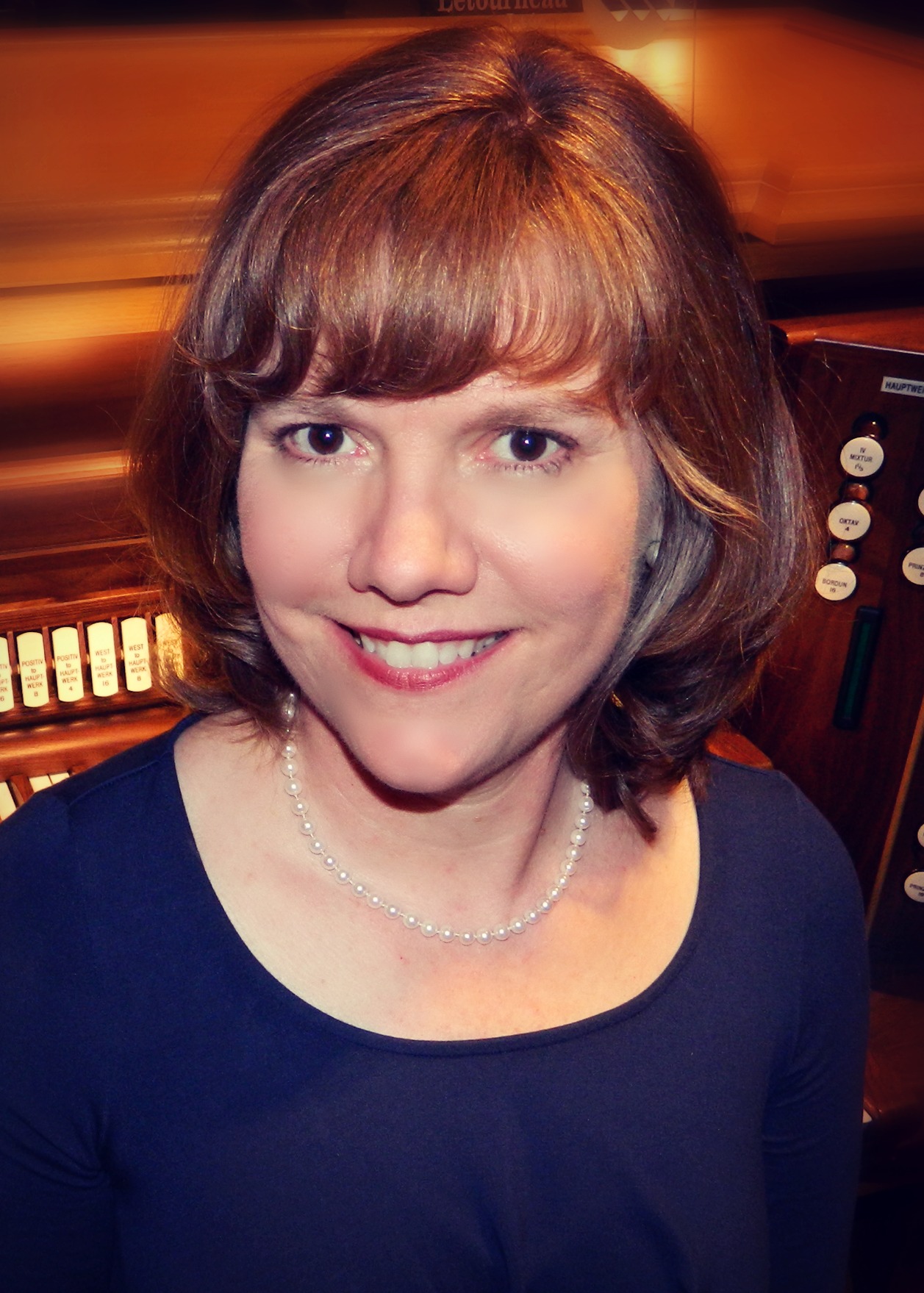 Sarah Hawbecker is an active recitalist, full-time church musician, and winner of numerous competitions. She is a prize winner of both the 1998 and 1996 National Young Artists Competition in Organ Performance. She won first place in the 1988 Undergraduate Organ Competition, Ottumwa, Iowa, and was a finalist in the 1992 Spivey International Organ Competition. Ms. Hawbecker’s performances have been recorded and broadcast on American Public Media’s radio program Pipedreams®.

Ms. Hawbecker has a varied organ repertoire and enjoys designing programs tailored to the specific instrument and the audience. Whether playing a “traditional” organ program, all-Bach, American composers, Halloween concerts, or interactive concerts for children, her goal is to engage the audience and share her love of the instrument and its music. Also recognized as a specialist with children’s choirs, she is frequently asked to lead workshops in the area of church music and children’s choir techniques.

She has presented workshops and performed for conventions of the American Guild of Organists and for conferences of the Association of Lutheran Church Musicians. Her articles have been published in several professional journals: The American Organist (AGO), CrossAccent (ALCM), and The Chorister (Choristers Guild). She has adjudicated several organ competitions, most notably the semi-final round of the 2008 National Young Artists Competition in Organ Performance.

A native of Illinois, Ms. Hawbecker studied organ and church music with John Ferguson at St. Olaf College, where she earned the Bachelor of Music degree, magna cum laude with Departmental Distinction, and was elected into Pi Kappa Lambda. She went on to earn the Master of Music degree in Organ Performance from the Eastman School of Music, where she studied with Russell Saunders. An active lifetime member of the American Guild of Organists, she served three terms on its National Council and completed two terms on the Board of the Association of Lutheran Church Musicians as a regional president.

Ms. Hawbecker is Organist and Director of Children’s Music at Lutheran Church of the Redeemer in Atlanta, Georgia, where she has served since 1996. She is also on the staff of Orgues Létourneau Limitée of St-Hyacinthe, Québec as a project consultant and regional representative on the east coast of the United States. She is on the roster of Concert Artist Cooperative (www.concertartistcooperative.com). She lives in Atlanta with her husband, Billy Fuller, and their son, Jonathan.