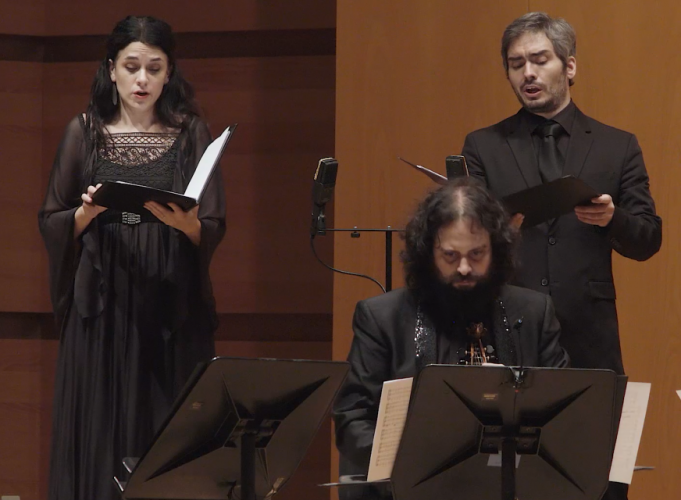 Seattle, WA ­‑ Early Music Seattle presents  Lamentum featuring Accademia del Piacere. Conceived a few months before the coronavirus pandemic ravaged the world, this program by Accademia del Piacere serves as a tribute to its victims as a reminder that much more devastating epidemics and calamities — speaking in social terms — have been commonplace in the world for centuries. There are always survivors who rise and find beauty in what remains.

The uniqueness of Accademia del Piacere and its innovative projects, the technical ability of its musicians and the strong personality of its artistic director have made this group a vanguard in Spanish early music and one of the leading ensembles of this kind in Europe. Accademia is especially appreciated for the group’s fascinating and direct communication to its audience, and its conception of historical music as being alive and full of emotions, an idea conveyed by the group’s musicians to their spectator from the heart.

The composers in our program were acquainted with calamity: Correa de Arauxo experienced the Atlantic plague in Seville in 1599, where he studied composition with Alonso Lobo, who himself saw the disease pass through Toledo. It is there where he wrote the poignant Versa est in luctum for the funeral of Philip II, who died in 1598 At the same time Matthias Weckmann in Hamburg and Dietrich Buxtehude in Lubeck suffered the havoc of the terrible Thirty Year War.

Mogavero witnessed the decline of his decimated Venice. The presentation of his Lamentations is a first recreation in modern times of this work. Four centuries since its composition, humanity still contends with the feelings of pain brought about by the devastation of war, the inspiration of the biblical texts twenty-six centuries old, which transcend time and geographical space.

No charge | Suggested donation $20
Go to earlymusicseattle.org to view