Beneath A Tree – Baroque To Folk 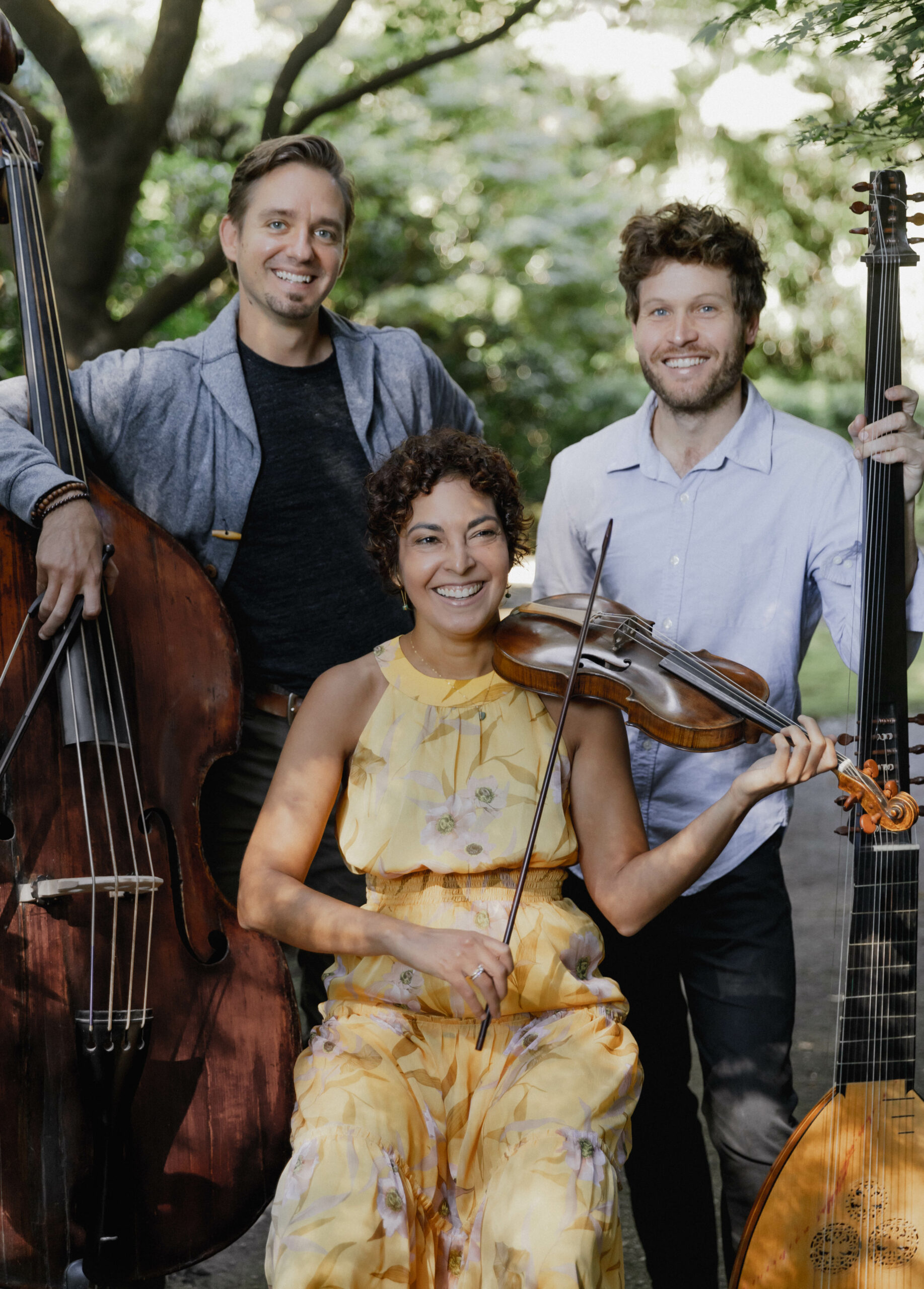 Beneath a Tree – Baroque To Folk (BAT) is a multi genre ensemble based in San Francisco, CA, featuring the core due of Gail Hernández Rosa and Daniel Turkos. Along with various collaborators, BAT performs eclectic programs on historical instruments, including baroque violin, viola, cello & contrabass, harpsichord, baroque guitar & theorbo, and a four course cittern/Irish bouzouki, whose bright and cheerful timbre provides a unique counterpoint to the gut-strung instruments.

In 2017, BAT began in Chester County, PA with a residency at the Kennett Brewing Company. These Sunday afternoon performances included standard folk, Celtic, and bluegrass repertoire combined with baroque and classical music. A curious and exciting fusion was born — those who came to listen to folk music loved the pairing with baroque: and those who came to listen to baroque loved the folk! Thus began BAT’s mission of introducing baroque and folk repertoire to varied audiences, breaking the stigmas attached to both genres.

BAT is a product of 20th c musicians and the access to vast music libraries. A thirty minute YouTube “binge” could include legendary performances of Bill Evans at the Village Vanguard, followed by the Buena Vista Social Club, and concluding with Bach’s B Minor Mass performed by the Monteverdi Choir & John Elliot Gardiner. It is through the natural progression of musical curiosity that we seek to find the kinship between genres and their roots in folk music.

The performance of early music is a noble and necessary act in preserving musical traditions. Similarly, the same care is present in all genres. Beneath A Tree explores the interrelationships found between composed and traditional music from the baroque period, brings these idioms together and combines them with historically informed performance (HIP) practices, instruments and performers.