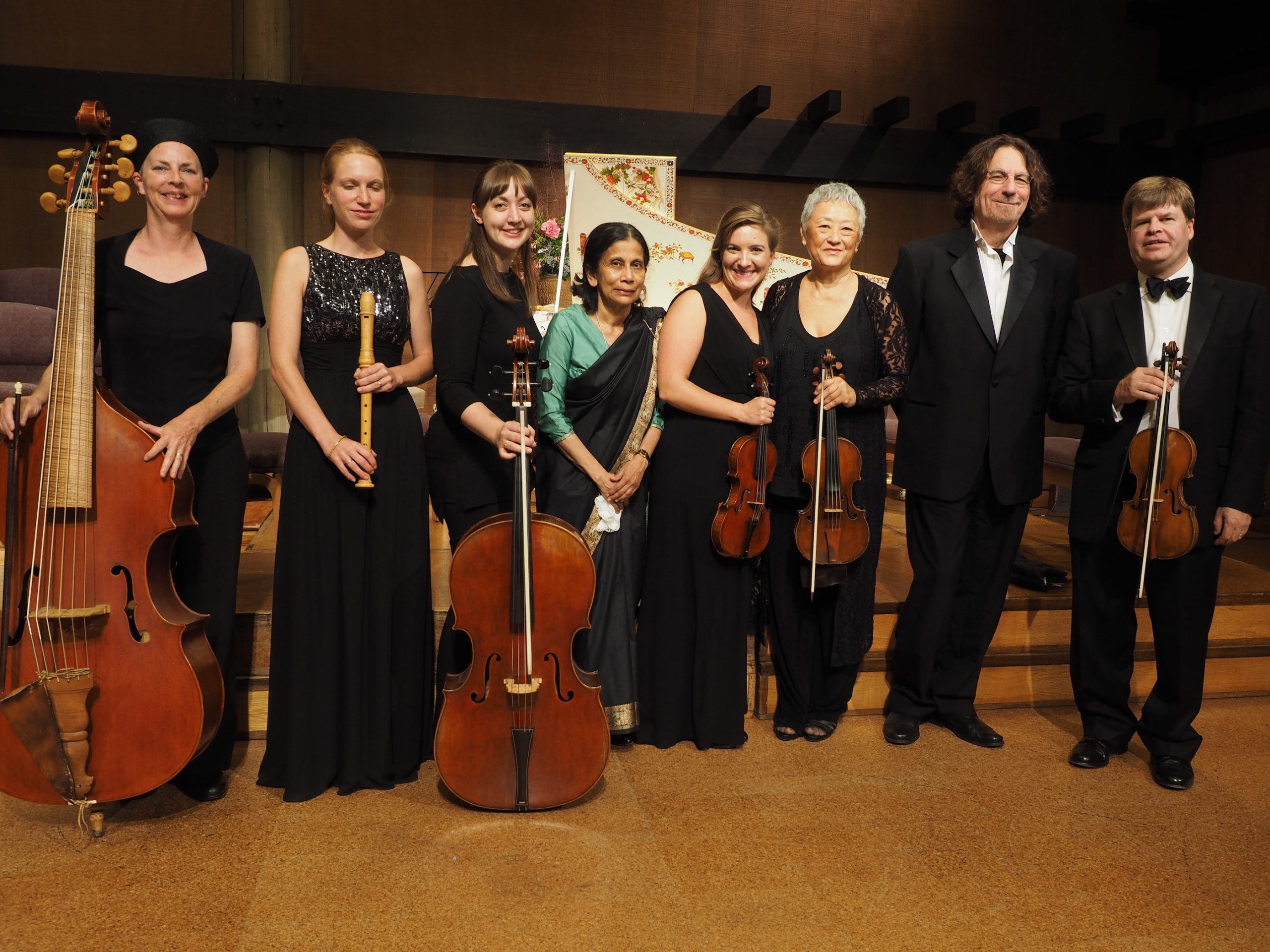 Con Gioia has performed concerts at Santa Barbara Museum of Art, Frank Lloyd Wright’s Hollyhock House, Los Angeles County Museum of Art, Caltech, Getty Villa, San Diego Museum of Art, Zipper Concert Hall, Scripps College, and the First Congregational Church of Los Angeles, among other local venues. Con Gioia has presented performances of all of Bach’s concertos for harpsichords; a CD of these concertos, released on Centaur Records, garnered high critical acclaim. In 2011 First Hand Records (U.K.) released Harmonic Labyrinth: The Con Gioia Recordings, featuring the renowned cellist Rohan de Saram and Preethi de Silva. The ensemble has offered programs honoring significant anniversaries of composers Mozart, Handel, and Haydn and performed a concert honoring C.P.E. Bach in the renowned “Concerts from the Library of Congress” in Washington DC; other notable programs presented include commemoration of the 300th birthday of C.P.E. Bach; the 250th anniversary of the death of George Philipp Telemann; and in 2018 the 350th anniversary of the birth of François Couperin le Grand and a concert devoted to Lieder inspired by Johann Wolfgang von Goethe. In November 2021 Con Gioia offered a free concert to honor victims of COVID-19 and raise funds for nurses helping them; the ensemble of 11 musicians focused on vocal works by Bach, Telemann and  Reinhard Keiser. We plan to continue performances in fall 2022. For details, see www.congioia.org in summer 2022.