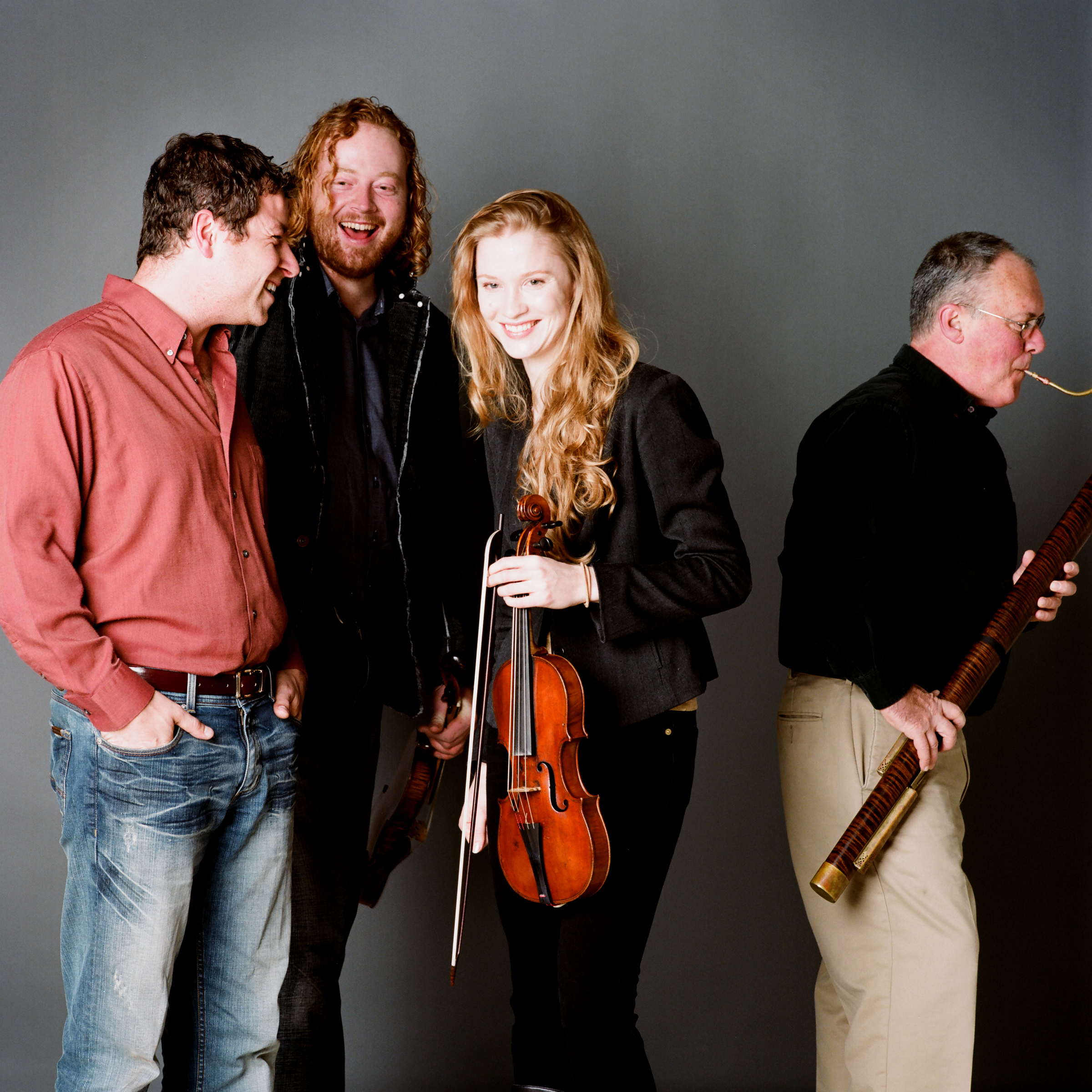 Passamezzo Moderno, founded in 2005, is a period ensemble that performs the music of three centuries, from 1530 to 1830, and specializes in the virtuoso instrumental music of the 17th century. Its members are David Granger, dulcian and bassoon, Jonathan Davis, harpsichord and organ, and Edwin Huizinga and Adriane Post, violins. Passamezzo Moderno has performed for the San Francisco Early Music Society, Berkeley Chamber Performances, the Universities of California in Berkeley and Davis, California State University, Stanislaus, and numerous chamber music series throughout northern California. Its first CD was released in 2008 to popular acclaim. Passamezzo Moderno is an affiliate of San Francisoc Early Music Society.