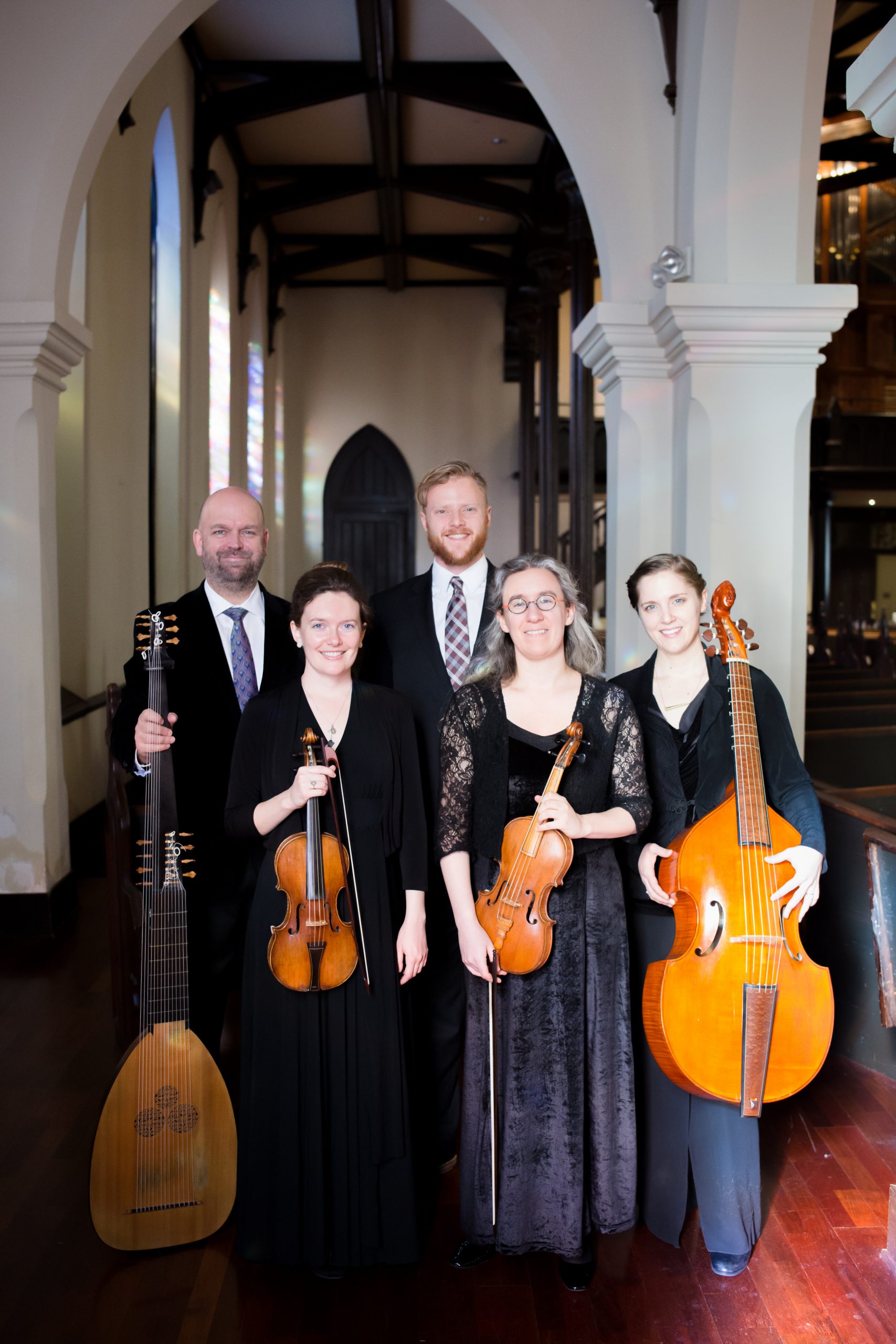 Named for a colonial route that once spanned much of central Virginia, Three Notch’d Road: The Charlottesville Baroque Ensemble was founded in 2011 by local period-instrument specialists David McCormick (baroque violin), Fiona Hughes (baroque violin), and Anne Timberlake (recorder).  The group seeks to enrich the local performing arts scene by bringing an exciting and informed approach to music of the baroque era.

Three Notch’d Road has appeared at the Waterford Concert Series, the Ewell Concert Series at The College of William & Mary, Shenandoah University’s Bach-Handel Festival, the Boston Early Music Festival Fringe Concert Series, and the Tuesday Concert Series at Church of the Epiphany in Washington, DC. They have collaborated twice with the University of Virginia Chamber Singers under the direction of Michael Slon, most recently in a concert version of Purcell’s Dido and Aeneas. In 2016, Three Notch’d Road was featured on the prestigious Music at Dumbarton Oaks concert series, and in 2013, they presented the music of Salamone Rossi at the Italian Embassy (both in Washington, DC).