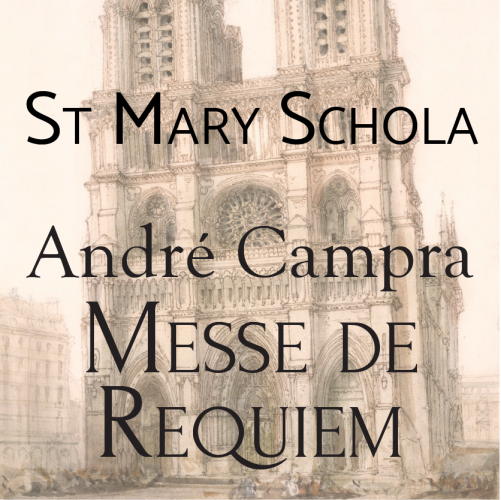 St Mary Schola presents a moving sacred concert, featuring a sublime work of the French baroque: André Campra’s Messe de Requiem on March 18-20, 2022 in Falmouth, Maine and Portland, Maine. Campra’s music is filled with soaring vocal lines, reminiscent of the music in Fauré’s future Requiem. Campra, born in Aix-en-Provence brings the sunny warmth of the south with his graceful writing for period strings and recorders. Intervening solos offer southern Maine’s finest singers to bring to life the heartfelt and expressive music. Handel’s The Judgement of Solomon will also featured on the program: a dramatic confrontation between two women, both claiming to be the mother of a child. Solomon revealed their true feelings and relationship to the child by suggesting to cut the baby in two, with each woman to receive half. With this strategy, he was able to discern the non-mother as the woman who entirely approved of this proposal, while the actual mother begged that the sword might be sheathed and the child committed to the care of her rival. Handel’s poignant music brings to life the extraordinary pathos of this story.