Tafelmusik Returns to the Concert Hall 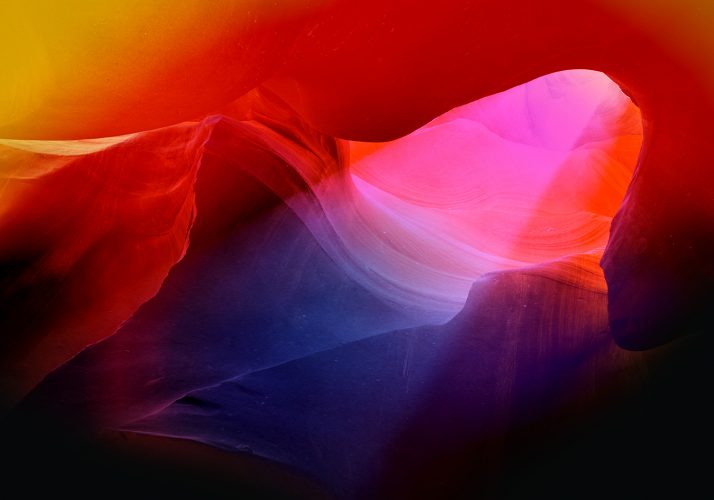 Tafelmusik Returns to the Concert Hall

Following months of upheaval caused by the global pandemic, Tafelmusik is excited to unveil its reimagined Fall season, a series of online concerts and events that spring from a process of reinvention and adaptation led by Music Director Elisa Citterio and Executive Director Carol Kehoe. This is the first of several updates to be announced throughout the season as the circumstances around live performance evolve.

“As our musicians prepare to return to the stage at a time when many arts organizations have been forced to cancel their seasons, we are pleased to renew Tafelmusik’s commitment to bringing the community comfort and joy through music. We also hope that those who may not have been able to attend our concerts previously will now have the opportunity to do so online,” said Carol Kehoe. “We’ve put together an intriguing mix of online performances, digital releases, panel discussions, and family-friendly initiatives.”

Headlined by a combination of pre-recorded and livestreamed programs that will be rehearsed and performed according to current public health guidelines, the reimagined Fall season offers the beauty of Tafelmusik concerts while ensuring the health and safety of musicians and audiences.

A return to live public performances will not be considered until January 2021 at the earliest. In addition to online concerts, the revised Fall season offers plenty of opportunities for online community access and enjoyment, including Tafel Talks panel discussions, a Fall Social for families, the release of a Baroque for Baby digital album, and a bi-weekly newsletter for educators and parents.

“With great joy in our hearts, we offer our reimagined Fall season — slightly altered from what we planned before the pandemic, but perhaps even more captivating and engaging because it showcases Tafelmusik as you’ve never seen it before, with the emotion of playing together in person after months of forced separation. It will be like renewing a first love,” said Elisa Citterio.

While Tafelmusik’s updated Fall season retains the essence of many of the originally planned concerts, two new programs, Mozart Together and A Tafelmusik Christmas (which will include highlights from Handel’s Messiah), will replace previously announced concerts requiring larger ensembles or international guests.

“While it may appear that Tafelmusik has escaped the current situation relatively unscathed, it is far from business as usual within our organisation,” said Kehoe. Layoffs, reduced work schedules, and other sacrifices have been made by artists and staff alike so that we may remain stable for the next twelve months. Patrons who participate during this crucial season will be supporting the welfare of our artists and staff, ensure wider community access to the comfort of music in these deeply unsettling times, and help to ensure Tafelmusik’s survival into the future.”

“We want to take a moment to recognize the support of our subscribers and donors, who are the foundation upon which we are building this new future. In a time of great challenge, they have chosen to put their faith in us, our team, our artists, and our music. We are deeply grateful for their support,” said Kehoe.

Concerts will be recorded for online broadcast in either Koerner Hall, TELUS Centre, or Jeanne Lamon Hall, Trinity-St. Paul’s Centre.

2020/21 subscriberswill receive an email on August 19 and will be contacted personally in the coming weeks by Tafelmusik customer service representatives to discuss options for the Fall. Box Office staff can be reached at tickets@tafelmusik.org.

Single tickets will be announced via email approximately three weeks before each event.

Detailed descriptions of Tafelmusik’s October to early January concerts can be found below and further season updates will be announced at a later date. High resolution images are available in Tafelmusik’s Media Room.

Following many months of isolation and remote music making, the musicians of Tafelmusik gather for an emotional return to the concert stage. Filmed at Koerner Hall, TELUS Centre, this opening program of the reimagined 2020/21 season is devoted to chamber music originally intended to be played in private homes and salon gatherings among friends and family. Scored for two to eight instruments, these intimate works —almost all of them new to our musicians— capture the immediacy and connection we’ve all been craving.

On display will be a more playful side of titans like Mozart, Beethoven, and Boccherini, including a movement from Mozart’s famous Sinfonia concertante in E-flat Major in an unusual arrangement for six string instruments, along with music by Michael Haydn, Družeckŷ, Sperger, and Spohr — classical composers eclipsed by these giants. An unforgettable homecoming.

Curated and directed by Elisa Citterio, this concert is a microcosm of the season theme, “Passions of the Soul.” Eighteenth-century composers strove to describe the desires of the soul and touch the hearts of listeners with poignant and captivating music. This program explores the peaks and valleys of the emotional landscape, from the grandeur of Lalande’s Chaconne —inspired by the magnificent fountains of Versailles — to Locatelli’s mournful Sinfonia Funebre, to the roller-coaster of emotions experienced by stock market investors in Telemann’s suite “La Bourse.”

Opera Atelier’s fully-staged new creation featuring theatre music that explores the realms of dreams, visions, and the supernatural, featuring soprano Measha Brueggergosman, and tenor Colin Ainsworth, among others. The program includes music by Handel, Lully, Locke, and Purcell, plus a new creation by Edwin Huizingafor Measha Brueggergosman. With Artists of Atelier Ballet and musicians from Tafelmusik Baroque Orchestra.

What happens when string players modify the way their instruments are tuned? Many baroque composers experimented with re-pitching some of the strings to draw different sounds and possibilities from the violin, a technique called scordatura. Curated by Tafelmusik violinist Geneviève Gilardeau, this program explores the most popular of these re-tunings in music by Erlebach, Tartini, Biber, Corrette, and Veracini, while also venturing into alternate tunings in traditional Scottish and Quebecois fiddling.

So much in our world has changed, but Christmas wouldn’t be the same without Tafelmusik! Co-curated by Ivars Taurins and Elisa Citterio, this festive program filmed at Jeanne Lamon Hall brings the choir and orchestra together for the first time in 2020. Joyous choruses and tender chorales from cherished favourites including Handel’s Messiah and Bach’s Christmas Oratorio are paired with richly harmonized baroque arrangements of Christmas carols.

The orchestral works evoke the many moods and emotions associated with Christmas, from the exuberance of Vivaldi’s La Pastorella to the elegance of French noels arranged by Lalande and Corrette to the charm of Heinichen’s Pastorale.

The divertimento is light and liberated music making. The structured forms of the classical sonata and symphony are set aside in music that offers simple, tuneful delight to players and listeners alike. The divertimento enjoyed its heyday in 18th-century Vienna, and so it is to Vienna we turn for an evening of music that aims to please and divert. The program features divertimentos by Mozart, Michael Haydn, Vanhal, and Hoffmeister.

Details about January through June concerts and events will be announced at a later date.

Led by Music Director Elisa Citterio and Executive Director Carol Kehoe, Tafelmusik is an orchestra, choir, and experience that celebrates beauty through music of the past.

Founded over 40 years ago on the pillars of passion, learning, and artistic excellence, Tafelmusik continues to bring new energy to baroque music and beyond. Historically informed performances of 17th- to 19th-century instrumental and choral music (led by Chamber Choir Director Ivars Taurins) share the stage with vibrant, insightful multimedia programs, and bold new music written just for the group. Each piece is played on period instruments, underscored and illuminated by scholarship.