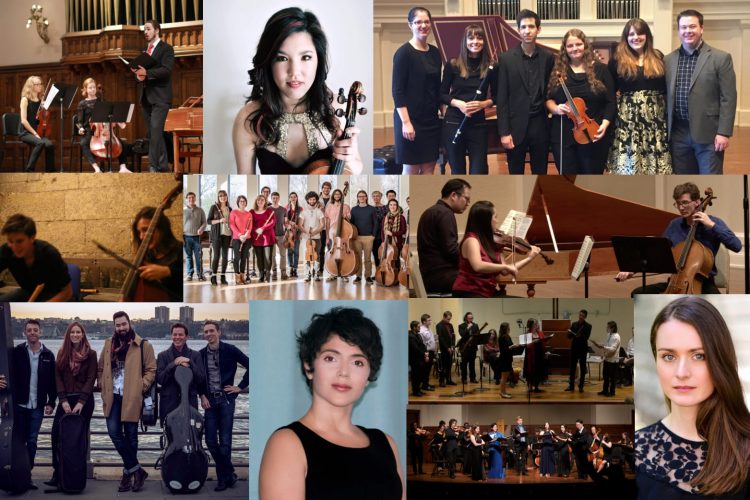 Early Music America (EMA) is excited to announce the six participants selected for its inaugural Emerging Artists Showcase. Selected by a group of six judges, who are all performers and presenters in the early music community, the musicians hail from the Bay Area, Florida, Massachusetts, Montreal, and New York City, by way of all corners of the continent. The judges’ decision was unanimous that these six selected represent the best of emerging early music talent from a very large pool of applicants.

Performances will take place in Auer Hall at the Jacobs School of Music on Friday, May 25 and Saturday, May 26 and will be live-streamed by IU Music and subsequently broadcast by WFIU Public Radio. The Emerging Artists Showcase is a program of Early Music America which is grateful to the Bloomington Early Music Festival and the Historical Performance Institute of Indiana University’s Jacobs School of Music.

Learn more about YPF and see past performances.

EMA recognizes the future of early music rests in the hands of today’s young and emerging performers and the institutions and mentors that shape them and help them communicate to a broader audience. All of the student performers and Showcase artists will participate in Career Development and Entrepreneurship Seminars.

All concerts are open to the public.