The songs included dance calls, serenades, expressions of unrequited love, laments for lost loved ones, and all manner of joyous and gruesome subjects. Well-known names from orchestral music and opera clothed the folksy melodies and down-to-earth lyrics in sophisticated arrangements and their own styles. The ensemble Makaris’s debut CD, Wisps in the Dell, shows why this repertoire proved so popular with audiences and artists. 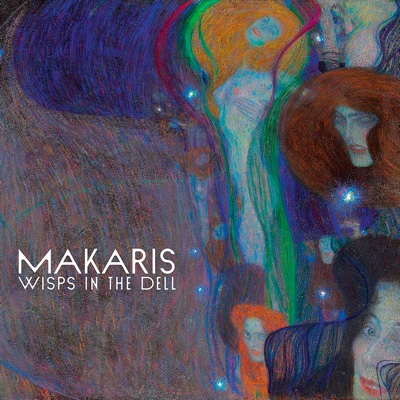 The 12 composers’ settings of 23 tunes on this album sometimes feel like vernacular music with chamber instruments, such as the broken hearts of “Dermot and Shelah” moving onto new prospects over Beethoven’s rolling piano part. Other works, like Schubert’s Celtic lied “Edward,” come across as art music drawing upon folk references.

All the genre-crossing also illustrates these composers’ knack for orchestration. Hummel’s marriage proposal, “Jock o’ Hazeldean,” becomes a rococo affair with curtseying violin and dainty flute. Pleyel’s bittersweet goodbye to a lover, “From Thee, Eliza,” begins like the introduction to an accompanied recitative. Makaris bassist Doug Balliett’s modal setting of “The Bonnie House o’ Airlie” shows off plenty of timbral and expressive nuances through modern dissonance. Yet the influence of “serious” music always suits the source material. The melodies are direct, beautiful, and often catchy. Neukomm’s “Jenny Dang the Weaver” becomes an outright earworm in this group’s hands.

The six-member ensemble relishes this music with energy as well as introspection. Soprano Fiona Gillespie’s vocals combine youthful sheen and mature sentiments. She’s a spirited reveler in Beethoven’s “Come Draw We Round a Cheerful Ring” and a world-weary narrator in Haydn’s tale of intimidating courtship, “My Boy Tammy.” Gillespie’s clear diction and Celtic accent add to the authenticity and poise of the music. She also tosses off well-executed trills and melismas in Beethoven’s “Sunset” and a moving upper register in Weber’s harmonically vibrant “The Soothing Shade of Gloaming.”

Elliot Figg’s piano drives and colors the entire recital. Several tracks find him stomping away on jigs and reels. Tender moments, like his accompaniment in Schubert’s ballad or the solo rendition of Clementi’s “Lochaber,” demonstrate his sensitive touch. They’re also opportunities to savor the lucid registers of the two replicas of Mozart’s circa-1780 Anton Walter fortepiano heard here.

Violinist Edwin Huizinga, cellist Kivie Cahn-Lipman, and bassist Balliett are all members of ACRONYM and bring that acclaimed group’s gift for exploiting the full sonority of strings. Shrieking violin and menacing descending bass lines tell their own story in “On the Massacre of Glencoe.” The cello obbligato on “I Do Confess Thou Art Sae Fair” adds to the sense of disappointment in this reflection on the vanity behind a pretty face.

Emi Ferguson’s vocal harmonies blend exquisitely, especially in the haunting a cappella remembrance of bloody clan rivalry “The Burning of Auchindoun.” Her flute and piccolo add further color and commentary throughout the recital, from the earthy unaccompanied solo opening the first song to her piping piccolo lines in the raucous final track (which ends the disc with the group having a well-earned laugh).

The disc also includes several world-premiere recordings, including alternate versions of Beethoven and Hummel’s music and the first recording of the English version of Schubert’s song. Oktaven Audio’s engineering, Cahn-Lipman’s informative liner notes, and helpful translations of the historical English round out this moving and utterly warm release.