The name Wayward Sisters refers not only to the witches in Purcell’s Dido and Aeneas but also to the peripatetic life-style of today’s early musicians — not that different from when the music was first composed. 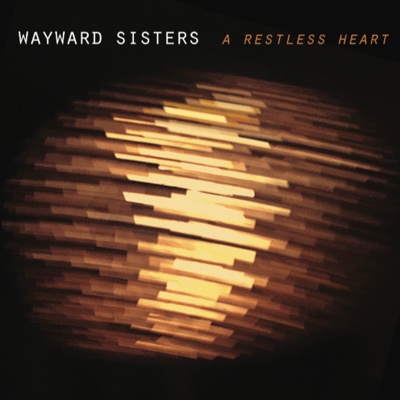 It must have seemed natural to contextualize the group’s latest recording in terms of dispossession and displacement (ergo “wayward”). But the program includes pieces by composers whose dates stretch almost two centuries (1560-1750) and who settled mostly with success and stability in various countries throughout Europe, sometimes their own. Linking them all under the banner A Restless Heart might be a bit of a stretch.

Arcangelo Corelli (1653-1713) had a long and productive career in Rome, and Johann Schop (c. 1590-1667) was a fixture in Hamburg. Italian violinist Nicola Matteis flourished in London from 1670, grew rich, and lived in a great house until reversals caused him to die in poverty after 1713. The multi-capital careers of two Francescos — Geminiani (1687-1762) and Corbetta (1615-1681) — seem to have been pulled along by fame and demand, not famine or despoliation.

J. S. Bach (1685-1750) moved around early in his career, but you get the feeling he might have stayed in Köthen making music for and with Prince Leopold for the rest of his life if the new mistress of the house hadn’t discouraged her husband’s musical interests.

The composer who most easily could be described in refugee terms is William Brade (1560-1630), but not as an object of sympathy. Born in England, Brade spent many years shuttling around in Germany and Denmark, hounded, it may be believed, by his reputation as “a wanton, mischievous fellow.” You wonder why some of these guys were rehired again and again (as they are today), despite their unsavory reputation. A well-wrought work like Brade’s “Choral with Variations,” performed on violin and theorbo, may be the only explanation available at this distance in time

So the real appeal of this CD is not its rationale but the music-making of Wayward Sisters, who, though scattered far afield when not playing together, are able to achieve an empathetic, even telepathic, collegiality when they do. Beth Wenstrom’s violin is both alert and expressive in her solos in the Sonata Quarta from the Sonatae Unarum Fidium by Johann Heinrich Schmelzer (1620-1680), and recorderist Anne Timberlake deftly tongues her way through Schop’s Lachrimae Pavan (with its forlorn, sometimes halting, sometimes echoing passages, the only work that audibly hints at the pain of separation). Both players excel in their exchanges in Corelli’s Sonata da Camera a tre, Op. 2, No. 12, Sonata Decima Quarta by Giovanni Battista Fontana (c. 1589-1630), the Sonata Secunda by Biagio Marini (1594-1663), Geminiani’s The Broom of Cowdenknows, and the delightful slow-fast movements of Matteis’s Ground per Fa la Mano.

In addition to his graceful continuo playing on theorbo, John Lenti solos on Baroque guitar in Corbetta’s searching Caprice de chaconne. Anna Steinhoff’s cello glints in dark colors and light in the Fantasia a Basso Solo, No. 5, by Bartolome de Selma y Salaverde (fl. 1613-1638) and provides a solid but flexible underpinning throughout the program.

A Restless Heart is an attractive collection of original music and arrangements played by a wonderfully talented group. Scratch the surface and you will be pleased to find not an argument about separation and alienation but rather a fairly typical early-music concert of “favorites,” using instruments and techniques chosen simply to show the music and the members of group to advantage.

Which indeed they do.