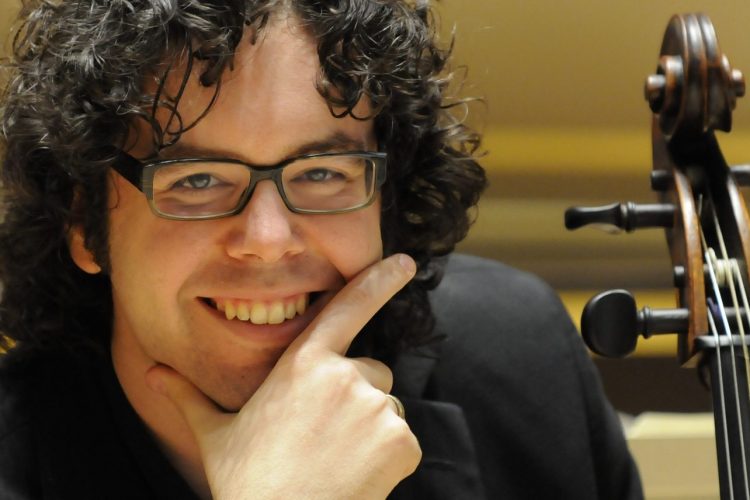 On his latest recording, CPE Bach Cello Concerti, the remarkable cellist Guy Fishman proves that Carl Philipp Emanuel Bach — so admired by the likes of Haydn, Mozart, and Beethoven — should be viewed as more than the transitional composer he is often thought to be. 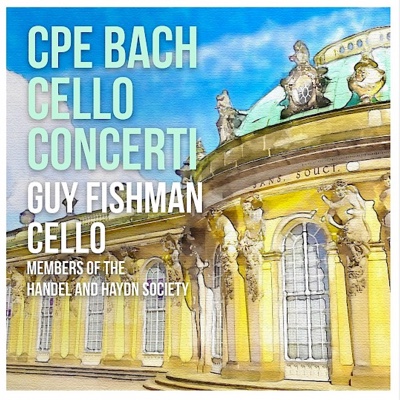 In his liner notes, Fishman offers this quote from C.P.E. Bach: “A musician cannot hope to move the listener unless he himself is moved. He must of necessity feel all the affects that he hopes to arouse in his audience, for revealing of his own humor will stimulate a like humor in his listener.”

Obviously, the cellist was inspired by these words. The exuberance he brings to each concerto, combined with his adroit sense of phrasing and extraordinary technique, make this CD a walk through a garden of musical delights. His performances of the three concertos are filled with humor as the music leaps from one end of the instrument’s register to the other, something Fishman does with grace and agility.

The cellist and a top-notch, six-member ensemble from Boston’s Handel and Haydn Society open with the dramatic concerto Wq. 172/H.439 in A major. In the opening Allegro, as he does throughout the recording, Fishman embraces the quirky technical passages of the faster movements with a devil-may-care attitude, each phrase defined by clean, crisp articulations. He knows where he wants every line to go and doesn’t stop until he gets there.

But Fishman and his colleagues — violinists Aisslinn Nosky and Maureen Murchie, violist Max Mandel, cellist Sarah Freiberg, bassist Robert Nairn, and harpsichordist Ian Watson — do more than wow the listener with flash. Their pensive interpretations of the slower lyrical music is stunning, the Adagio from Concerto Wq. 171/H.436 in B-flat major being a case in point.

In all three works, Fishman performs his own cadenzas, although in the opening Allegro assai from Concerto Wq.170/H. 432 in A minor he does borrow a bit of Bach’s material. The technical mastery and drama the ensemble bring to the performance of this concerto’s brilliant music make it the highlight of the album. After the fiery first movement, the cellist brings out his inner opera singer during the Andante — his cadenza is soulful. The final Allegro assai is bold, colorful, and full of panache.

A bonus feature of the album is Fishman’s personal liner notes, in which he shows his scholarly side: “By playing his music, reading his Versuch, and studying autobiographic and biographic writings, I feel it is easy to know Emanuel Bach.” Just as the cellist’s playing makes you want to listen to more, his writing makes you want to read and perhaps learn more.

The sound quality of this recording, released on Olde Focus Recordings, is both excellent and intimate, giving the impression that the musicians are performing in your living room. Perhaps this CD will make people who have been skeptical about C.P.E. Bach’s music want to investigate it further.