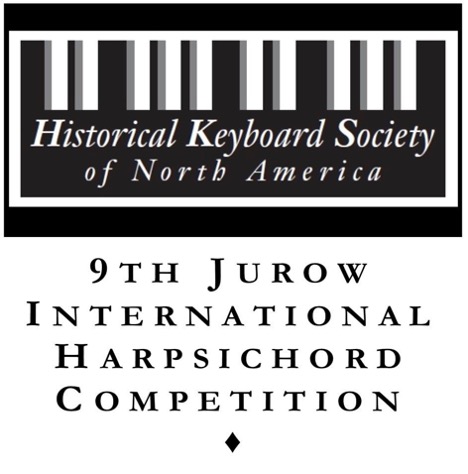 The one truly live-audience event of the Jurow Harpsichord Competition 2021 was the non-finalists concert. Five 20-minute recitals were given by our wonderful semifinalists Lena Zamolodchikova, Duangkamon Wattanasak, Weronika Kłosiewicz-Paine, Caitlyn Koester, Curtis Pavey, on Friday August 6 at Hennepin Avenue United Methodist Church Art Gallery. This program was video recorded, and those recordings will be made available soon. A PDF of that program can be found at https://www.dropbox.com/…/Non-finalist%20concert.pdf….

The final round for the Jurow Competition included 40 minute solo recitals performed by the 5 finalists on Saturday, August 7. Repertoire included music by Frescobaldi, C.P.E. Bach, Partitura improvisation on Bernardo Pasquini, & Three Dances by Dina Smorgonskaya. Those recitals can be accessed at https://lyrabaroque.org/ and a PDF of the program can be found at https://www.dropbox.com/…/c2xu…/Finals%20programs.pdf…..

That evening, each of the finalists performed the D major harpsichord concerto by J.S. Bach with members of Lyra Baroque Orchestra. This streamed event is available for viewing at https://lyrabaroque.org/ with the passcode “Concertos”.

Sponsored by the Historical Keyboard Society of North America, the Mae & Irving Jurow International Harpsichord Competition (formerly SEHKS International Harpsichord Competition) has occurred approximately every 4 years since the first in 1982. It has been held in Tallahassee, Florida (1982 and 1996), Washington, D.C. (1986), Winston-Salem, North Carolina (1991), Bethlehem, Pennsylvania (2002), Denton, Texas (2007), Cincinnati, Ohio (2012), and Oberlin, Ohio (2016). Karyl Louwenaar was its first director, followed by Charlotte Mattax Moersch until passing the directorship to Vivian Montgomery in 2010.