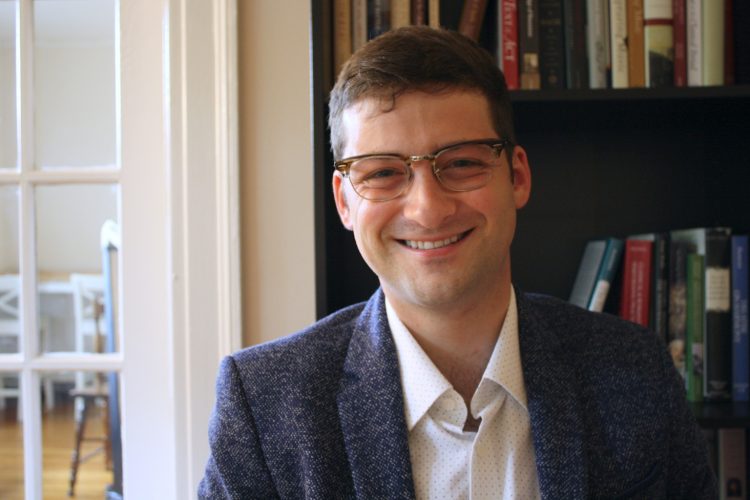 “Dominic’s enthusiasm and passion for the role brings new energy and imagination to Arizona Early Music,” says Scott Mason, board president. “The moment we met him, we knew he was the right person for this role. We look forward to an exciting season of concerts as he inspires and engages audiences of both familiar and new faces.”

Dominic brings to AEM a wealth of experience and both administrative and musical expertise. Driven by a pursuit to reconcile his deep interests in both history and music, Dominic has been exploring the world of early music as an administrator, performer, and researcher since his high school days in Key West, FL. After completing his Bachelor of Music at the Eastman School of Music, Dominic moved to the Netherlands in 2016 as a U.S. Fulbright Scholar to study historical clarinets with Eric Hoeprich at the Royal Conservatoire of The Hague.

Upon graduating with his Master of Music in 2018, Dominic returned to United States where he worked concurrently with The Colonial Williamsburg Foundation and Three Notch’d Road: The Virginia Baroque Ensemble. Dominic joins Arizona Early Music after serving on administrative and production teams of the Eastman Community Music School (Rochester, NY), Pegasus Early Music (Rochester, NY), the Beethoven Festival of The Hague (The Hague, NL), The Colonial Williamsburg Foundation (Williamsburg, VA), Three Notch’d Road: The Virginia Baroque Ensemble (Charlottesville, VA), and Early Music America. In addition to his work as an administrator, Dominic is a freelance historical clarinetist, and an independent researcher specializing in early-American military music.

Dominic expressed, “It is a tremendous honor to join Arizona Early Music as the organization’s first executive director on the eve of a monumental 40th season of early music performances in Southern Arizona. With community at the heart of our mission, I am looking forward to fostering meaningful and lasting relationships both in Tucson and the national early-music scene to continue growing AEM’s offerings and accessibility.”

As executive director, Dominic will work closely with the board in the areas of strategic planning, community outreach, audience development, enhanced marketing, and fundraising. Although he is based in New Haven, CT, audiences will get to meet him in person during the season.

Now in its 40th season, Arizona Early Music (AEM) was founded in 1982 by friends who wanted to form a group dedicated to the enrichment of contemporary life with the music of the past. AEM continues to honor co-founders and University of Arizona faculty members James Anthony and John Boe for their concept and efforts. Growing from an initial series of two or three local concerts, AEM now brings to Tucson internationally-known early music ensembles, performing music from the Medieval, Renaissance, and Baroque eras. Learn more at azearlymusic.org.