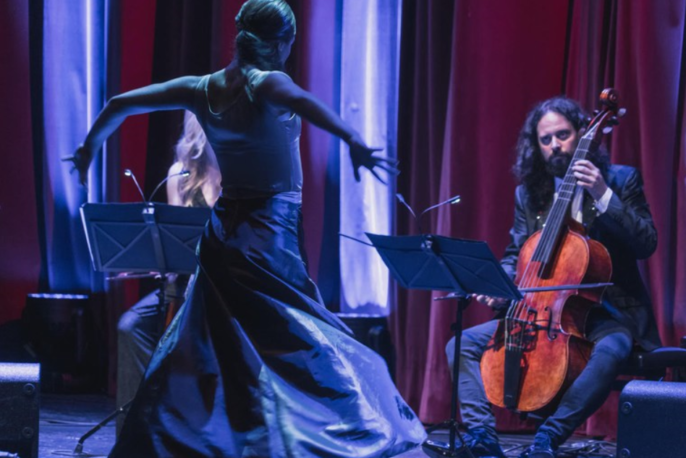 “The viola da gamba is the perfect vehicle for the musical tapestry of Fahmi Alqhai’s extraordinary disc. He brings the instrument into a new realm of joyful potential” ~ Carolina Gill, GRAMOPHONE

The uniqueness of Accademia del Piacere innovative projects, the technical ability of its musicians and the strong personality of its artistic director have made of Accademia del Piacere a vanguard group in Spanish early music and one of the leading ensembles of this kind in Europe. Accademia is especially appreciated for the group’s fascinating and direct communication to its audience, and its conception of historical music as being alive and full of emotions, an idea conveyed by the group’s musicians to their spectator from the heart.

Fahmi Alqhai is considered one of the most brilliant and prestigious players of the Viola da Gamba in the world today, as well as one of the most recognized interpreters of early music, for his personal and communicative approach to historical repertories. Born in Seville, Spain, in 1976 to a Syrian father and Palestinian mother, he spends the first eleven years of his life in Syria, where he starts to study music at a very young age. Later he studies—self-taught—in Spain until he enters the Manuel Castillo Conservatoire in Seville in 1994 to study the Viola da Gamba with Ventura Rico. He furthers his studies in the prestigious Schola Cantorum Basiliensis (Basel, Switzerland) with Paolo Pandolfo and in the Conservatorio della Svizzera Italiana (Lugano, Switzerland) with Vittorio Ghielmi. Over the course of his musical studies, Fahmi Alqhai also obtains his degree in Dentistry from the University of Seville.

Patricia Guerrero doesn’t pin herself down in history; “I am a contemporary dancer, I do flamenco of today. Flamenco is a language that feels like my own mother tongue. I want to live dance with all my inner freedom. I just want to keep being me, and never betray who I am.”

Patricia was born in Granada, in the Albaycín neighborhood, in 1990. This dancer has deep flamenco roots, yet she has always loved exploring other styles of music and dance. Nonetheless, flamenco is her language, a language that she adapts to her own vision, a language that is always evolving with her.